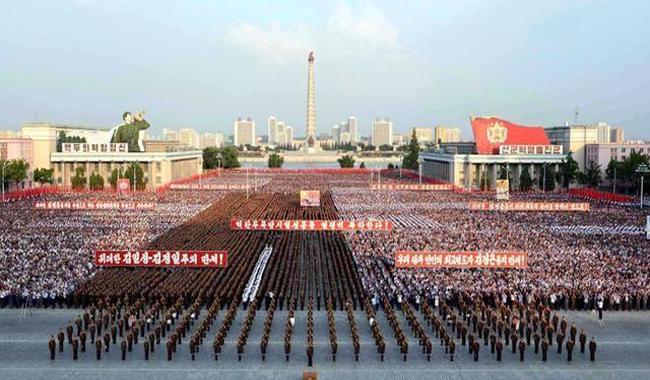 SEOUL: From kicking out North Korean workers and ending visa-free travel for its citizens, to stripping flags of convenience from its ships, Cold War-era allies from Poland to Mongolia are taking measures to squeeze the isolated country.

More such moves, with prodding from South Korea and the United States, are expected after North Korea recently defied U.N. resolutions to conduct its fifth nuclear test.

North Korea's limited global links leave most countries with few targets for penalising the regime on their own.

Mounting sanctions over the years have made Pyongyang more adept at evasion and finding alternative sources for procurement, a recent paper by experts at Harvard University and the Massachusetts Institute of Technology found.

Nonetheless, South Korea has been especially active in pushing the North's allies for unilateral action in hopes of reining in Pyongyang's arms programme.

"If long-standing friends of North Korea continue to publicly curb their ties with the country, Pyongyang will have fewer places overseas where its illicit networks can operate unhindered or with political cover from the host capital," said Andrea Berger, deputy director of the proliferation and nuclear policy program at the Royal United Services Institute (RUSI).

South Korean officials have declined to say whether they have made inducements to countries to punish North Korea.

"Presumably in the course of that diplomatic interaction it is also being made clear to Pyongyang's partners that deeper trade ties with economies like South Korea will not be fully realizable" without taking steps against North Korea, Berger said.

Angola, for one, has suspended all commercial trade with Pyongyang, banning North Korean companies from operating there since the U.N. toughened sanctions in March, a South Korean foreign ministry official told Reuters recently.

Angola was suspected of buying military equipment in 2011 from North Korea's Green Pine Associated Corp, which is under U.N. sanction, according to a 2016 U.N. report. North Korea had also cooperated with Angola in health care, IT and construction, South Korea's embassy there said in December.

Angolan officials did not respond to requests for comment, but the country told the U.N. in July it had not imported any light weapons from North Korea in recent years.

North Korea's export of cheap labour has also been targeted.

Earlier this year, Washington urged countries to curb the use of North Korean workers, who number roughly 50,000 and generate between $1.2 billion and $2.3 billion annually for Pyongyang, according to a 2015 U.N. report.

Poland, which hosted as many as 800 North Korean workers, according to some estimates, this year stopped renewing visas, as did Malta.

Singapore, which has been a hub for North Korea-linked trade, will require visitors from the country to apply for visas starting next month, its immigration authority said in July.