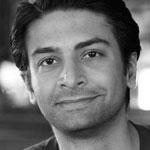 Everything has to change

“This is a family gone to seed”.

We had left the grand haveli of one of my grandfather’s contemporaries from his ancestral village. Grand, though, was a misnomer by perhaps a decade– the only thing grand was the scale of collapse. Walls were crumbling, the roof had given way in sections, furnishings were sparse and disjointed, and dust and dirt everywhere. It was difficult to imagine that this decrepit household was once one of the most prosperous landowners of the district.

The classic trope about experiencing bankruptcy – gradually and then all of a sudden – was the epitaph of this clan. Thirty years of profligate spending sustained by asset sales and fueled by debt, an inattention to education and absence of any skills acquisition or professional calling across generations crept up, until one day the walls literally collapsed.

The visit shook me, more so for my father’s sober, resigned coda at its end.

But the lingering question was broader still – does what applies to households translate to nations as well? Can countries ‘go to seed’?

At college abroad in the nineties, there was a certain strut in the Pakistani step. India was still mired in its ‘Hindu rate of growth’; Bangladesh was drowning in the delta. Our per capita GDP was higher, our cars were Japanese and our planes American. Even our sportsmen were dashing…India, we see your Kapil Dev, and raise you an Imran Khan.

Today, Indian cricket stars fly private and woo Bollywood royalty. Bangladesh, once the wretch of the East, makes more money (per capita GDP) and has more wealth (hard dollars) thanks in part to the educated and emancipated female workforce that Pakistan lacks. In the realm of South Asian underachievers (I’m looking at you Afghanistan and Nepal), Pakistan remains in a class all by itself. What I label ‘underachievement at scale’.

On virtually every meaningful metric of growth and development – GDP, manufacturing growth, child mortality, adult literacy, tax collection – we have sustainably underperformed our peers. Not over years but into decades. And the base statistics remain so worrying – girl’s education, formal sector employment, real wage growth – that it is not clear whether Pakistan can turn its ship around in any meaningful way.

This is not to say Pakistan won’t grow. We will. Or per-capita incomes won’t rise. They shall. We just won’t grow as fast and for as long as we need to halt the slide to relative obscurity and irrelevance.

Gore Vidal said, “It is not enough to succeed. Others must fail.” Absent hara-kiri in our neighborhood – plausible in Modi’s India or Hasina’s Bangladesh, but completely outside our agency – we will continue to lag our peers by ever greater measures.

Pakistan finds itself on the wrong side of what Einstein described as the greatest force in history – the power of compounding. Four percent growth to a neighbour’s six plus percent does not seem like much. But growing sustainably at four vs six is the difference between prosperity and purgatory. Think of it this way: if Pakistan had only grown at the same rate as its larger neighbor over the last three decades, its GDP would be close to $500 billion. Instead, we languish at around half that. In an era in which India sextuples its output, adding $2.5 trillion to its national wealth, we merely triple, eking out an additional $175 billion.

India’s remarkable growth is partly why, even today, it’s a country to be courted while Pakistan is a conundrum to be contained. Many are too young to know or too old to remember that North Korea was once richer than the South. As recently as the 1970s the DPRK was the more prosperous Korea on a per capita basis.

There is nothing inevitable about the trajectory of decline. My grandfather’s peers had the resources to invest in themselves. Instead, they chose to invest in the moment. It was a failure of culture, values, and vision.

Joe Biden, in one of his more eloquent moments as America’s vice president, said “show me your budget and I’ll show your values.”

Pakistan’s rulers – the uniformed, the elected, and the bearded – have all shown us their values. In budget after budget after budget, we collect less, borrow more and spend what remains ‘in the moment’. More guns, less bread. More buildings, fewer books. More spectacles, little investments.

The existential crisis that has built up is not solved by incremental increases to health, education and welfare. They require a different budget based on a reimagined value system. They require a fundamental understanding of compounding, and the perilous decline ‘to seed’.

The budget man cometh. Let’s not hold our breath in expectation of something beyond timid incrementalism. Yet let’s also know that to maintain our standing, to ensure things remain the same, everything has to change.

The writer, a former aide to UN Secretaries-General Kofi Annan and Ban Ki-moon, tweets at @aliahsan001