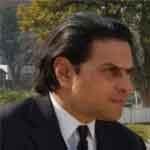 Maulana Wahiduddin Khan’s death in New Delhi last month at the age of 96 has resulted in a spate of commemorative articles in the Pakistani press. Many of these pieces have been rendered with a broad brush that has left fuzzy the essence of what the departed Maulana stood for. This has left many in Pakistan who had not heard the name earlier somewhat bemused at the significance being attributed to the late Maulana’s life and work. Such bemusement is a measure of two elements.

First, a general neglect of the intellectual currents that continue to flow through our individual and collective lives with varying degrees of strength and depth beneath the surface phenomenon of shrill, partisan politics and matters that the English op-ed reading middle classes typically engage with. These matters include predictable laments about corruption, governance, and an under-performing economy. Engagement with what feeds the mass mind is rare. A Khadim Rizvi is needed to wake us from our slumbers. How long we stay awake is a different matter.

Second, the discomfort that Maulana Wahiduddin’s standpoint causes among those who consider themselves the guardians of the ideological mission of Islam and have come to identify this mission, often without realizing, in terms of the religious and political thought bruited by the late Maulana Maudoodi. Maulana Wahiduddin’s ‘Tabeer ki Ghalati’ (‘An Error of Interpretation’), published in 1963, was the staunchest challenge to the putative purposes of Islam unleashed by Maulana Maudoodi in 1927 with his ‘Al Jihad fil Islam’ (‘Jihad in Islam’). This was a work that Maulana Maudoodi was to build on for several decades and that, along with his later treatises, was to inspire the likes of Syed Qutub of the Muslim Brotherhood in Egypt and Imam Khomeini in Iran. By the time the Afghan Jihad got underway, the Maudoodi worldview had seeped far beyond the confines of the ideologues of the Jamaat-e-Islami. By the time General Zia was done, the primacy of the Maudoodi framework was unquestionable. Denying Maulana Wahiduddin a platform in Pakistan was a deliberate strategic move. Consider.

In ‘Al Jihad fil Islam’, Maulana Maudoodi read the oft-repeated injunction in the Holy Quran to ‘prevent evil and to enjoin the good’ in light of the Holy Prophet’s (pbuh) life and the military campaigns he led (the ‘ghazvas’) to reach the conclusion that Muslihana Jihad (Corrective Jihad) that was meant to establish Hakoomat-e-Ilahiya (Suzerainty obedient to Allah) was an essential purpose of Islam. This would necessarily entail the removal of governments disobedient of Allah’s commands by force, if necessary.

By 1955 when ‘Quran ki Chaar Bunyadi Istalahat’ (‘Four Basic Terms of the Holy Quran’) was published, Maulana Maudoodi had elaborately interpreted the Quranic exhortation ‘aqeem ud deen’ (establish your religion) to contain a command addressed to every Muslim to struggle for the establishment of an Islamic polity as an integral obligation of faith and an essential prerequisite for individual salvation. The confluence between individual salvation and the struggle for the establishment of an independent Islamic polity prescribed for every Muslim political praxis as the path to success in the now as well as in the hereafter.

Maulana Wahiduddin joined the Jamaat-e-Islami in 1947 and became an office-bearer of the India chapter after Partition. By 1962, he was engaged in an exchange with Maulana Maudoodi in which he declared his inability to find any justification in nearly fourteen hundred years of religious thought for the interpretive outcomes obtained in the ‘Four Basic Terms of the Holy Quran’ and more generally in Maudoodi Sahib’s ouvre. He charged Maudoodi Sahib with having demoted the inward, sacral dimension of religion while elevating the political as the main concern of religious belief. Maulana Wahiduddin took the position that the fact that the Holy Prophet (pbuh) had established a state and exercised state power were matters peculiar to the Prophetic mission. States arise in the ordinary course of events as part of political settlements or conquest, not on account of religious obligation. Ordinary Muslims are not to adorn the Prophet’s (pbuh) mantle. Maulana Wahiduddin’s ‘Tabeer ki Ghalati’, when first published in 1963, found little traction in Pakistan. It was, however, to be noticed and absorbed by one man in particular: Javed Ahmed Ghamidi.

It is no secret that the leadership of the great centres of theological learning at Deoband and Bareli have continued to consider Maulana Maudoodi an outsider with no standing to hold out novel exegetical positions. Nevertheless, it is a fact that the theology of political struggle and jihad put out by Maudoodi Sahib has found increasing acceptance within both the Deobandi and Barelvi schools in Pakistan as both have vied for political space while propagating a theology of power.

Consequently, Maulana Taqi Usmani – perhaps the foremost Deobandi mufti in Pakistan who was appointed by General Zia as judge of the Shariat Appellate Bench of the Supreme Court and served for over twenty years till his removal by General Musharraf in 2002 – explains the purpose of unprovoked, armed jihad in his ‘Islam and Modernism’, published in 1999, as the destruction of the grandeur of non-Muslim powers in the following terms:

‘Do we find an example that the Prophet (pbuh) and his companions ever sent any missionary groups in other countries before jihad and waited for their reaction to allow or disallow the missionary work? Did they go for jihad only when they were refused to carry out the missionary work for Islam? Was any mission sent to Rome before attacking them? Was any attempt made to avoid jihad against Iran and did they contend on seeking a permission for preaching Islam for that purpose? Obviously, it was not so.’

With Maulana Wahiduddin’s passing away, Javed Ahmed Ghamidi Sahib, living in exile since 2010 after attacks on research centres founded by him that killed two of his closest colleagues, is the most important proponent of a hermeneutics that bases interpretation on distinguishing between the Prophetic era and the specific functions of the Holy Prophet (pbuh) on the one hand, and all succeeding generations of Muslims on the other. This view holds that what the Holy Prophet (pbuh) was mandated to do by way of establishing a new spiritual order, the ordinary believer is not required to do. Interpretation is also linked to the placement of various verses in the larger structure of the Holy Quran. In this Javed Sahib follows his ustaz, Maulana Amin Ahsan Islahi, who was himself a student of Maulana Hamiduddin Farahi, a graduate of Aligarh and an associate of Maulana Shibli Naumani and Sir Syed.

When Javed Ghamidi Sahib arrives, in his text ‘Meezan’ and his exegetical translation of the Holy Quran – ‘Al Bayaan’ – at the conclusion that armed jihad that is not defensive is not permissible to a Muslim state or that animosity between Muslims, Christians and Jews is not envisaged as a permanent state of being he seeks to restore to religion a sense of calm and the ability to co-exist in a plural world.

Jan-Peter Hartung in his fascinating text, ‘A System of Life: Mawdudi and the Ideologisation of Islam’ views Maudoodi Sahib as an anti-colonial religious intellectual working in the shadow of both the Bolshevik revolution and the rise of fascism. Bergson’s elan vital or ‘will to power’ and the attendant aura of aggression had already, by the 1920s, entered the Muslim intellectual milieu through Iqbal.

Following Maulana Wahiduddin, Javed Ghamidi Sahib seeks a discursive space free of violence. In doing so, he seeks to go past and expose the ‘jargon of authenticity’ (with apologies to Theodor Adorno) that was forged by a politicised theology in a period of colonial angst.