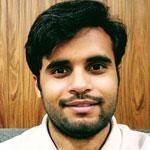 On April 14, US President Joe Biden extended the utopian deadline of May 1st, 2021 for the American withdrawal from Afghanistan that was negotiated between the Trump administration and the Taliban.

The three months of White House analysis has allowed Biden to formally announce the ending of the “forever war”. The new date for withdrawal of foreign troops is now September 11, 2021 – marking 20 years of the 9/11 attack that significantly changed the world. The US landed on Afghan soil after the Afghan Taliban rejected the American demand of handing over Osama bin Laden. The war started with widespread international support, but it too became a long and bloody slog. Afghanistan is called the graveyard of empires for a reason. But is this graveyard of empires destined to be a graveyard for human freedom in a post-American withdrawal Afghanistan?

While there has been a lot of scepticism of what is about to happen next, it is pretty clear that the West-backed Afghan government has not been able to strengthen itself in the last two decades to rule the country. And now Afghanistan will probably be back into the hands of the Taliban. As a first step, the Taliban would be demanding the release of roughly 7,000 Taliban prisoners that are held by the government in Kabul. The US is leaving Afghanistan with a weak and fragile Kabul government which stands on charges of corruption and internal rifts. In the first two weeks of America’s announcement of pulling its troops back, violence increased. More than 100 hundred security personnel have been killed amid the clashes in Afghanistan in the past few weeks.

As the US withdraws, its Secretary of State Antony Blinken says while talking to CNN that America is not disengaging from Afghanistan, and that they are deeply engaged in diplomacy in support of the Afghan government and its people. American engagement while being far off the land would not be fruitful for the Afghan government. Even in the years of its rule, the American backed Kabul government could hardly rule half of the country. Most of the provinces were ungoverned and left onto the Taliban to exercise their powers. Ungoverned spaces are an asset for the flourishing of extremism.

As the US withdraws, the Taliban will be all set to achieve the dreams of establishing their self-hypothesized version of an Islamic regime. “Our guns and bombers are ready to strike on [the] remaining forces in Afghanistan and the puppet regime”, said a Taliban leader and ex-governor in Eastern Afghanistan while talking to the Financial Times. Human rights are destined to be crushed in a post-withdrawal Afghanistan: free speech curbed, women ousted from the public sphere, harsh punishments enacted and little to no religious freedom.

The Afghan war has not been a success for the United States. Around 2,500 American troops lost their lives, and the financial cost goes beyond two trillion dollars. Afghan society remained caught between the brutal influence of Taliban and power brokerage by the US. Generations have paid the price of the cold-war politics that did not end with the cold war and rather backfired on the Afghans themselves. After the collapse of the Soviet Union, the Frankenstein's monster created by the American CIA with the help of Pakistan to fight against the Red Bear was not easy to deal with. The Taliban became strong, and Afghan society disintegrated. The price of such strategic miscalculations has to be borne by the common people.

When the Americans entered on to Afghan soil in 2001, they made two strategic mistakes. First, they tried social engineering in Afghanistan which is rarely successful in any part of the world. It is even impossible when a group of people have been armed with ideology as well as guns to be used for a vested interest. The Taliban were an asset to the US back in the cold war. Trying to convert Afghanistan into a modern Western-style democracy after empowering those who disregard any prospects of democracy was an act of negligence by the US.

Second, the Americans diverted their attention by landing into another war in Iraq simultaneously, and that too on false charges of weapons of mass destruction (WMDs). Putting one foot in Iraq and another in Afghanistan at the same time was a perfect recipe for failure. The use of military force for social engineering in foreign soils is a blunt tool that is unable to achieve its aim; rather it makes the matters worse. Resultantly, America weakened its soft power while dealing with Afghanistan.

Liberal internationalism is impossible to sustain. Democracy has unfortunately been on a retreat worldwide and even imperiled in the United States itself. America must realize that its era of grand strategy is coming to an end. The unipolar moment is arguably seeing its last days. With the rise of a peer competitor, China, it was evident that Washington had to wind up the aimless war in Afghanistan and concentrate on the rise of the dragon. Has the US done the right way? Probably not.

China might take the advantage of US withdrawal and look forward to making investments in Afghanistan. The major issue till now for China to invest in Afghanistan was that of instability in addition to excessive American involvement. Now that American engagement in Afghanistan will be significantly reduced, it is to be seen how China utilizes the Afghan situation for its advantage. China already is investing in Pakistan under the China-Pakistan Economic Corridor (CPEC) and aims to make extensive investments of $400 billion in Iran. The whole region can come under Chinese sphere of influence as China connects with the oil-rich Central Asian Republics (CARs).

It is too early to predict the future of Afghanistan and its relations with neighbors. But it is equally difficult to say if Afghanistan can find peace in near future after a significant reduction of American involvement.