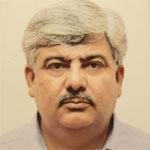 In order to manufacture internal homology and to establish regional hegemony, the Indian polity, under the watch of the Sangh Parivar, is unfortunately but decidedly wedded to a policy of religious persecution at home, and cross-border bullying in South Asia.

With the honourable exception of Pakistan and some occasional instances of defiance by Nepal and Sri Lanka, South Asian nations have been overwhelmed by the cruel logic of geography, economics and military asymmetry. They have largely accepted India as a kind of paramount power, with Delhi now exercising a de-facto veto over their foreign policy.

Indian-occupied Kashmir (IOK), with its solid Muslim majority, remains a stubborn vale of resistance against Hindutva’s harmonization project; likewise, Pakistan, despite the 1971 debacle, remains a credible bulwark against Indian regional hegemony. In Hindutva calculus, Pakistan’s acceptance of India’s status as a regional hegemon is a precondition to: a) neutralize the Kashmiris’ quest for self-determination; and b) revive the Ram Rajya, the mythical golden age of the Hindu rashtra that supposedly once trotted from the Oxus in the West to the Salween in the East.

In order to browbeat Pakistan into a client state, India has, in theory, four strategic options: i) a long-drawn war of attrition in line with the ‘Sundarji doctrine’ to destroy Pakistan’s military capability through deep sledgehammer blows; ii) a limited war with quick small territorial gains to be used as bargaining chip in line with the ‘cold start doctrine’ while remaining below the nuclear threshold; iii) tactical-level actions like cross-border projection of power behind Pakistani defence lines by using standoff weaponry or by resorting to surprise but frequent sorties by Indian Air Force squadrons to break the will of the Pakistani people; and iv) a surrogate war, underwritten by its massive soft power, various tools of cyber-warfare and proxy forces.

As sufficiently demonstrated by the failure of the big-boy-bullying campaign of 2002, codenamed Operation Parakram, the first option (the so-called Sundarji option) is not available to Indian strategists for a number of factors: the rear deployment of India’s three Pakistan-centric strike formations and resultant longer mobilization time (three weeks vs ninety-six hours for Pakistani forces); delay in upgradation of Indian weaponry coupled with path-dependence of India’s weapons’ acquisition program; Pakistan Army’s higher motivation levels in face of an existential threat; and finally Pakistan’s deliberately lower nuclear threshold.

The limited war option requires the capability of operational-level ‘relational maneuvers’ to undertake ‘systemic disruption’ of some key military or technological asset. Such capability, in turn, demands a more cohesive tri-service integration, joint operability of various arms, as well as sufficient ‘skill asymmetry’ to overpower the adversary in a short offensive sweep. Despite some serious discussion for the creation of integrated battle groups (IBGs) by breaking larger and more heavily armed strike corps, India has not been able to achieve any meaningful cross-arm integration at the operational level. These constraints on Indian capability, coupled with Pakistan’s asymmetric nuclear escalation matrix underwritten by tactical nukes take the second option, in its present form and shape, off the table for the immediate future.

Despite the Indian capability to launch multiple squadrons of combat aircrafts, armed with PGMs and cruise missiles, the probability to overwhelm an advanced air defence system with retaliatory capacity, like that of Pakistan, is pretty low. Likewise, notwithstanding the strategic partnership with the United States, the acquisition of stealth capability is not on the horizon till the mid-2030s on account of the tacit nature of knowledge and technology involved in the production of stealth aircraft. Such acquisition is further complicated by the Indian military’s procurement law that still stipulates significant technology transfer requirements.

The 2019 Balakot Incident in the wake of the Pulwama attack exposed both the precision capability and ‘staying power’ of the Indian Air Force in a contested airspace. Earlier still, during the Kargil War, Pakistan’s surface-to-air missiles (SAMs) compelled India to impose altitude floors on its pilots, with significant consequences in terms of precision-targeting. Given the current balance of air power between India and Pakistan, the third option is also not available to India till it obtains strategic bombers with stealth capability and till Russian S-400 defense system is actually deployed in Amritsar.

Ajit Doval, India’s hawkish national security adviser, has been advocating covert warfare (the fourth option) as a means to browbeat Pakistan for quite some time.

India’s surrogate war, underwritten by its soft power, against the state of Pakistan has six building blocks: i) diplomatic isolation by selling a narrative of religious fundamentalism and terror-sponsorship; ii) internal delegitimization by exposing institutional imbalance; iii) leveraging the subversive power of cyber space through mainstream and social media; iv) delegitimizing Kashmiris’ right for self-determination by rebranding it as cross-border terrorism; v) exploiting existing fault-lines by funding the Pakistani Taliban and Baloch separatists; and finally vi) cyber sabotage/espionage by deploying various cyber weapons to cause physical or functional harm to key physical or virtual structures/systems.

To succeed in surrogate warfare, two necessary conditions must be independently satisfied. First, the aggressor state must have the capability to marshal a decisive edge in cyber technology, a dominant presence on various media platforms and a disproportionately greater economic weightage vis-à-vis the global system. Second, the defending state must have genuine fault lines in its body politic.

While we can partially neutralize the Indian advantage in terms of cyber-technology, we are not likely to offset India’s dominant presence on social media platforms or its disproportionately greater economic weightage. Therefore, bridging internal fault lines is a necessary condition to win the surrogate war imposed by Hindutva fascism on our homeland. Such bridging of internal fault lines is not merely a matter of political choice, but a strategic security imperative for the state of Pakistan.

The passage of the 18th Amendment has already come a long way in tiding over the long-simmering fault line related to provincial autonomy. To bridge the remaining fault lines, it is time we built a genuine democratic order wherein: decision-making process is open, pluralist, truly federal and under strict parliamentary control; marginalized communities and weaker sections of society can live their lives with dignity and freedom ; judges are re-oriented to protect civil liberties as an article of faith; and the media is enabled to function as a true watchdog over the public space.

It is not an easy task but we must not forget that the surrogate war being waged by India is an existential challenge and requires adaptive leadership by all stakeholders, particularly those who are the current arbiters of the power structure. We do not have a choice. We must pass through this long dreary road to win the war.

The writer is a practitioner of design thinking and implementation in the public sector.