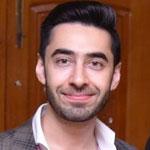 The writer is a lawyer based in Vienna.

As general awareness of sensitive issues grows among people in Pakistan (with much of it owed to social media platforms), some important issues continue to be dusted under the carpet. For years, we have neglected the fact that Pakistan has a serious problem of abuse towards stray animals. More often than not, you will be driving or walking in your city and come across a vulnerable soul just passing by or too afraid to approach you. Someone who feels for animals will try to help – either by offering something to eat or drink. Others will march on without paying much attention.

I suppose when you grow up in an environment where street animals are considered common, you tend not to pay much attention and simply see them as part of the city surroundings. Not really giving a second thought about their health, well-being or condition. As if it’s someone in the background not affecting your life.

But what about them? Aren’t they part of our surroundings and society in a way? Aren’t they living and breathing the same air as we are? Aren’t they worth a second thought? Or a second look? Do they not need a home? Do they not need clean food and water to survive? Do they not wish to be loved or cared for? To simplify, do stray animals not have rights simply because they were born on the streets? If this is the case, then shame on us a society for allowing it to get to this point.

We all ramble on about being good human beings and doing whatever is in our power to make a positive impact during our time. Often, we justify our actions on moral, spiritual or religious grounds – if I help a blind man cross a busy road, I will have done a ‘good deed’. If I give charity to those in need, again, I will have done a good deed.

But do we ever stop to think that animals, too, are God’s creation and that if we extended a helping hand to them, we might just be giving charity in the same way we do to people? Isn’t it sad that we consider a voiceless creation of God as something less deserving than humans?

If basic realisation doesn’t trigger this emotion then there are ample examples where we are instructed to be fair with animals. Several references have been made in the Quran on treating animals justly and describes that animals form communities, just as humans do. Prophet Muhammad (pbuh) has, on several occasions, reminded his companions to show kindness and compassion towards animals and birds. Islam teaches us to treat all beings with kindness, not just human beings.

Thanks to the passionate and sincere efforts of several animal rights activist organisations in Pakistan, such as the ACF Animal Rescue, Pakistan Animal Rights Activists Society, Saving Lives on Paws, JFK Animal Rescue and Shelter and more, we are now openly being exposed to the abuses which occur on a daily basis with animals on the streets. Acts so horrific and inhumane, you begin to question how sick one mind can get. What’s worse is hundreds to thousands of people liking such content or commenting on how funny it is to [for instance] launch a dog by its legs, spin it around in circles, drop it to the ground and then casually kick it! Apparently, this humours them.

According to the Animal Protection Index, produced by the World Animal Protection – a global organisation working towards monitoring and protection efforts of animals in suffering – Pakistan has an overall E ranking (where A is the highest and G is the lowest). Ranks are afforded based on the fulfilment of certain indicators (which are also ranked individually). An indicator on ‘Government accountability for animal welfare’ ranks at F with the analysis that “there is no evidence of a single government authority...responsible for improving animal welfare protection at a high government level….There is some evidence of action on issues concerning wild animals, for example, with respect to conservation and bear baiting, however this is inconsistent across the country given the delegated authorities to provincial governments.” In addition, one of the recommendations they offer states that “[the] Government of Pakistan is recommended to align all animal welfare under one ministry at the national level, with appropriate resources for research, implementation and enforcement.”

What exacerbates an already grim situation is the draconian legislative framework in place for the protection of animals. A law introduced in 1890, titled the Prevention of Cruelty to Animals Act (PCAA), presently governs animal protection in Pakistan. The Act provides rudimentary definitions of animals and animal cruelty, and refers to practices such as ‘phookd’ and ‘doom dev’ which are rather outdated. An amendment was introduced in January 2018 which focused primarily on increasing penalties linked with certain acts. However, the amendment in no way addresses the level of abuse faced by stray animals today; nor does it provide fitting punishments for the perpetrators indulging in animal abuse, including those aiding and abetting (for instance, those making videos and sharing them for pleasure).

The Azad Jammu and Kashmir Wildlife (Protection, Preservation, Conservation and Management) Act 2014 offers a more elaborate definition for animals and animal cruelty. Under section 5, it promotes the establishment of a Wildlife Conservation Fund which would support the well-being of animals across the state. Under section 26, however, the Wildlife and Fisheries Department is also empowered to exercise the power of officers under the aforementioned PCAA; but then again, the PCAA itself is an outdated law which requires immediate revisions, at the least. Nonetheless, the 2014 Act itself is significantly more recent than the PCAA and covers a number of areas related to wildlife preservation in sufficient depth, taking into account today's ground realities.

There is also the Halal Authority Act of 2015 and its accompanying Schedule which breaks down the process by which animals can be slaughtered within the confines of Islam. It refers to the types of animals which are considered halal for purposes of consumption and sheds light on slaughtering procedures, including explanations on how an animal should be brought into a slaughtering area/house without other animals (waiting in line) being able to see the animal about to be slaughtered. In general, this Act is specific to a completely different subject-matter which does not necessarily fall under the premise of animal abuse and cruelty.

In light of the above, it is no surprise that the legislative framework in place for animal welfare and protection remains inordinately weak in Pakistan. As a first step, it would be prudent to start pushing the agenda for reform on this issue at all levels. Since social media (Twitter, in particular) has begun playing a crucial role in raising awareness on national issues, it would be essential to begin a movement for change.

Further, national authorities responsible for putting down stray animals and even poisoning them in the recent past must be questioned as to their legitimacy. This practice has to stop. The order has to come from the top. There is no other way.

The incumbent government has invested in a Greener Pakistan. This is the perfect opportunity to invest in a safer Pakistan for street animals, as well. An array of Working Groups and Committees have been established to tackle several national issues because they are considered important towards the welfare of Pakistan. A special committee on animal welfare and protection must also be established with appropriate representation and funding. The Committee should advocate for the establishment of a separate Ministry for Animal Welfare and Protection and push for a complete overhaul of existing legislation to be replaced with a new national law. International experts should be consulted as part of the process to ensure Pakistan can benefit from international best practices on the subject of animal welfare.

Most importantly, the government ought to extend support to all animal rights-based organisations operating across the country. This could include annual grants, provision of space at lower costs or free of cost, and other benefits to help facilitate their daily work, including better access to medicines and equipment used for treatment and rehabilitation of injured animals.

We claim feats over such minor things at times, overlooking the abuses which are happening right before our nose. We have to be the ones who raise our voices for the voiceless. We have to begin to acknowledge that they are just as much a part of our society as we are.