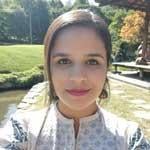 Give girls a fighting chance

Gender determines so much of an individual’s experience, security and economic well-being. From the moment the lab technician identifies the biological sex of the baby on the sonogram and throughout their lives, it matters.

Women are pressured into getting pregnant over and again until they give birth to a son – with little regard for their health and mental wellbeing. If they do not (and sometimes even if they try), they are subjected to violence and mental torture. It is not uncommon for men to divorce their wives, force them out of their houses or marry multiple times to ensure the birth of a boy.

A baby’s sex determines the enthusiasm with which the parents are congratulated, the amount of support a pregnant mother will receive before and after she gives birth, access to nutrition, access to education, the amount of household responsibility and how they are valued throughout their lives. In other words, it means everything. This is true across socioeconomic levels, ethnicities, religions and subcultures across Pakistan.

Despite rapid modernization, gender inequality seems like it is here to stay. Many Pakistani parents fight to give their girls a fighting chance at being independent, successful, and most importantly, happy. However, they have to do so in a society determined to bring them and their daughters down.

It starts with a sympathetic “koi nahi, betiyaan toh rehmat hoti hain” (it’s alright, daughters are a blessing) and turns into an avid effort to always attack a girl’s confidence. Too skinny, too fat, imperfect complexion, voice, tone, frequency of chatter, school and plans for the future vocalized – all present themselves as opportunities to bring girls down.. This is not just constant policing and control; it is a concerted effort to ensure that girls do not grow into happy and independent women and that they never become too confident. This does not change when girls grow into women; in fact, part of this is the insistence to refer to women as ‘girls’ throughout their lives.

This year’s State of World Population report published by the UN Population Fund explores the intricacies of gender inequity, especially gender-based violence, child marriage and the preference for sons. Globally, millions of girls are considered ‘missing’ – gender-based sex selection (including elective abortions for female fetuses) account for about two-thirds of these missing girls and post-birth female mortality accounts for the remainder.

In Pakistan, it is not uncommon to come across news stories lamenting the hundreds of baby girls found dead in landfills, heaps of trash and drains. Unfortunately, violence against girls does not end at birth. It is something tens of thousands of women in Pakistan live with throughout their lives. The report highlights the lack of decision-making power women have, especially when it comes to their sexual and reproductive health.

More than 30 percent of the births in Pakistan are not attended by skilled healthcare professions and the majority of women are unable to make decisions about their own sexual and reproductive health. Our maternal mortality is 140 per 1,000 live births and it is only expected to increase through the Covid-19 crisis. Girls are also married before they are 18 years old and have to suffer severe physical consequences including early births, birth complications and even death.

We are failing our girls at every level, particularly girls born in vulnerable socioeconomic contexts. There is much work to do, but the first step is to acknowledge the extent of inequity girls and women face –from the womb and beyond.

This is not a problem unique to ‘poor Pakistanis’. I cannot begin to describe the inevitably intrusive nature of life in Pakistan, even for women of privilege. Being forced to hide assaults, sexual harassment, struggling to be taken seriously at work, little to no maternal and childcare support are just some of the barriers we have to deal with. There are incredible expectations and pressure – the pressure to bear children (one boy, one girl), stay in shape, work decent jobs and manage beautiful households.

Domestic help is an essential part of the puzzle, but this does not mean the women working for us are valued, treated with respect or paid fairly. Layer on poverty, rigid patriarchal structures, financial dependence, barriers to accessing quality education and the inability to access formal employment and we have a perpetual trap of misery, unhappiness and abuse that is almost impossible to break.

And many Pakistanis exhibit no signs of wanting to break this trap. Young girls are hired by rich households to assist members in everything. I once saw a tall and well-dressed lady with perfect hair step out of her car, pull her seven or eight year old girl-servant out, hand the poor girl her large baby AND her Michael Kors bag. The girl dropped her bag for a split-second and got yelled at publicly for it. This was not the only time I saw this absolute lack of empathy and humanity.

Gender inequity and violence exists at every single level of Pakistani society. We must acknowledge it and recognize it around us or even within ourselves. And we have to do better.

The writer is a researcher based in Islamabad.