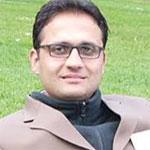 Onset of the monsoon

In the scorching heat of the summer, the monsoon season is considered to be a source of bliss in Pakistan and is one of the most awaited natural events.

While giving 65-70 percent of our annual rainfall, the monsoon gratifies the crops in rain-fed agricultural areas, recharges groundwater reservoirs and replenishes surface water resources for hydropower generation in the country.

Moisture-laden winds from the Indian Ocean bring this rainfall, which forms the backbone of the agriculture sector of the country, accounting for 24 percent of GDP. Also, cultivation of various crops majorly depends on the onset of the monsoon and the amount of rainfall during the season.

Not only agriculture but other sectors of economy are also dependent, directly or indirectly, on monsoon rainfall to a great extent. Hence, the accurate prediction and analysis of trends in monsoon rainfall is imperative for informed decision-making and management of water resources and agriculture.

Monsoon onset time is one of the critical parameters of the season due to its grave implications on weather conditions and agriculture. This year a week’s delay in the onset of the monsoon has been observed over India which has caused a record-breaking heatwave over parts of the country. This heatwave is reported as one of India’s longest and most intense heatwaves in decades, has claimed at least 36 lives and is attributed to the delayed arrival of the monsoon rains. However, this variability in onset time has been observed for the past hundred years where delayed and earlier onset years have been witnessed.

The reason behind this inter-annual variability cannot be attributed to a single factor as the monsoon is a global phenomenon affected by large-scale variability rather than any small-scale local phenomenon. The delayed onset this year, however, can be attributed in part to El-Nino which is a natural phenomenon where sea surface temperature in the equatorial Pacific Ocean shows an unusual rise.

The El-Nino event has a strong influence on the Indian monsoon where elevated temperatures are associated with negative impacts on the monsoon. It has been seen that climate change has made El-Nino events more frequent, with five El Nino phenomena since 2000 – and this year will be the sixth one. Normally, the event repeats in every two to seven years’ cycle.

As mentioned earlier, the inter-annual variability has been over-served repeatedly in monsoon. However, a consistent and average long-term trend in monsoon onset is vital to investigate to get an insight into the impact of climate change on monsoon at a larger temporal scale and to integrate the changing trends in decision-making. So with the realization of the importance of the monsoon in the context of Pakistan, research interest is being shifted towards the analysis of the past and future trends in monsoon onset over the country.

Recently, a research paper titled ‘Spatio-Temporal Variability of Monsoon Onset over Pakistan’, published in the ‘Asia-Pacific Journal of Atmospheric Research’, dedicatedly analysed past trends in monsoon onset over a spatial and temporal scale. The research conducted at GCISC analysed the spatio-temporal variability in summer monsoon onset in four objectively defined regions covering all Pakistan.

The analysis was conducted over all of the country comprising four regions (northern, central east, central west, and southern part) for the period of 1971-2010. The results show that the central-east region of Pakistan is the first to receive monsoon rainfall in the country. This region is the core monsoon region of Pakistan as monsoon winds cause the highest amount of rainfall in this region.

It was also demonstrated that monsoon onset time has shown advancement over the period of past four decades. The onset time, on average, has shown a shift from first week of July to last week of June in many of the meteorological stations under investigation. This earlier shift could have significant implications for crops and hence could be important information for farmers. On the spatial scale, a decreasing trend in rainfall was demonstrated in all the regions during the defined period of onset which can be attributed to climate change on a large scale. However, a more dedicated analysis is required to investigate the reason behind this shift.

Another study is in progress in GCISC regarding future trends of monsoon onset. The initial results show earlier trends in future onset time which indicate the continuation of past trends over the core monsoon region of Pakistan. Hereby, further investigation is required to explore the factors affecting the monsoon at a micro-scale in Pakistan. Also, it is necessary to explore trends in precipitation, particularly over the regions that are prone to environmental changes, in order to understand trends in shifted monsoon and spatially varying rainfall patterns in Pakistan. This is pertinent as mismanaged monsoon rainfall can lead to widespread devastation with effects reaching far beyond agricultural output.

Hence, a better understanding of the monsoon precipitation patterns is pivotal to ensure the economic stability of the country by managing it in a sustainable manner and to avoid turning this blessing into havoc.

The writers are freelance contributors.