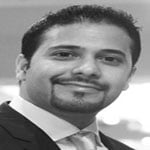 The greatest challenge Pakistan faces today is not its tax-to-GDP ratio, or fiscal deficit, or corruption, or any of other semantics we loosely throw around. These are just fires that we keep putting out. Let’s examine why the fires erupt in the first place.

The single biggest issue in Pakistan right now is perverse incentives. The system is designed for rent-seeking and short-termism. What we have today, consequently, is a country that on almost every measure plumbs the depths of the lowest rankings on human development.

Take civil service, a colonial apparition that lives to haunt. Centralised for command and control, as the British would have liked, a few people in the PAS call the shots. Top appointments are often politically motivated, so are many of the transfers. During service, a civil service officer finds him or herself serving various ministries, and short of recruiting polymaths who have mastered every conceivable specialty – railways, commerce, finance, aviation, etc – it is difficult to imagine how this could lead to effective governance. The officer also swings across district, provincial and federal positions, a model that appears designed to guarantee short-termism. Promotions are rarely performance based, and who you know determines upward mobility.

The top cadre reports to elected ministers who are often not fit to lead their respective ministries in the first place. The outcome? Massive gaps in public service. And we know what nature abhors the most: a vacuum. So who picks up the slack? It is either other state institutions or, in case of social aid, even militant groups.

Something similar is at work with law enforcement. Here too we see the effects of colonial inertia: a constabulary model of police services that seeks maintenance of public order more than the effort to serve and protect. We have one of the lowest police-to-population ratios in the world. But why would elected politicians want an independent, empowered police service that could turn on them?

Some offer local governance as panacea, but despite Article 140(A) of the constitution this model – a bedrock of constitutional democracy – never took off. Here again, it is a problem of poor incentives. Politicians and bureaucrats stand to gain nothing by setting up local institutions or empowering local leaders.

The problem of perverse incentives percolates all the way up to the highest levels. Ministers are appointed based on loyalty to the PM, and continue to be an eerie kaleidoscope of the same faces we’ve witnessed for decades. And if ever a minister falls out with the PM, he’ll happily join another party. The same is true for the parties they belong to. How is ‘roti, kapra, makan’ any different from ‘Islamic welfare’? Does anyone know Zardari’s views on laissez-faire economics? Has Nawaz Sharif ever discussed the implications of free trade in any documented human interaction? One wonders what Imran Khan thinks about the ethics of bio-engineering.

The optimist would say: we are a talented people; our youth will come to the rescue. Here too we have an incentive problem. Our public universities are poorly funded. There is minimal R&D, and whatever little research that comes out has no influence on policy. What incentive would poorly paid professors and manacled vice-chancellors (appointed by secretaries and ministers) have in producing the next generation of leaders and intellectuals?

Given this context, education spending is merely a nice-sounding mantra. But why would a sitting government be incentivised to do that? Far better to build bridges and metros than any effort whose return on investment exceeds the five-year election cycle.

Short-termism and perverse incentives have brought us to where we are today, with our fiscal and trade deficits, and 22 million kids out of school. And the shame of begging for foreign aid, year after year. It was short-termism that allowed the rupee to remain over-valued these last few years when mounds of economic research suggests that devaluation even beyond the effective exchange rate is actually more viable for developing countries. One might understand the logic of subsidies and protection if such sectors were tied to local innovation and value added export. But that’s clearly not the case. Our exports are dying, and there is minimal value addition; profit margins are thin. So where do we then go from here? What’s our vision for the future? China rode the wave of industrial manufacturing. India capitalised on the services sector. Even Bangladesh instituted schemes like rural micro credit and expanded its garment export, as its GDP growth overtook ours.

The solution to our problem is not in simple-minded prescriptions: keep increasing income taxes on a country where almost 60 percent of the population lives on $2 dollars a day. Or increasing indirect and indiscriminate taxes (we tax everything from handsets to milk) guaranteed to break the backs of the struggling majority.

We need an economy that grows, and effectively redistributes that growth. And in this age, growth won’t come from manufacturing or building large factories; it is all being mechanized and automated.

Growth will largely come from technology – building platforms and services that solve local and global problems. The next big frontiers will be healthcare at home (smart biometric sensors, remote diagnostics and surgeries), VR-enabled education (3D Immersive learning), 3D printed products, free online education (MOOC model), bio-engineering (multiplying food supplies and crop yields), AR enabled services (enhanced visual interfaces with a variety of applications), connected/automated cars and so on. A few innovations could someday even land us our very own Ali Baba, Amazon or Google. We know we can develop apps and services, we have done this with Zameen.com and Daraz.pk. But we mimic existing service models. Why can’t we create the next big powerhouse?

For this we need to incentivise entrepreneurship. Young professions should have access to venture capital. We need several university-funded or private incubators. We need hundreds of centres of excellence where young kids can learn emerging technologies and get trained in them. We need to open up online education for the 100 million young kids, mostly middle class, coming up to employment age.

In short, we can’t keep putting out fires anymore. Our capacity building can no longer be reactionary: build a dam because there is water shortage or expand cities because the population is exploding. We need forward-looking strategies that come from within, endogenously driven. Donor agencies can present recommendation, but policies should be framed in-house.

Above all, we need to break the cycle of perverse incentives, if only for the survival of this country. We need to build systems that are wiser than we are and make us better than we tend to be.