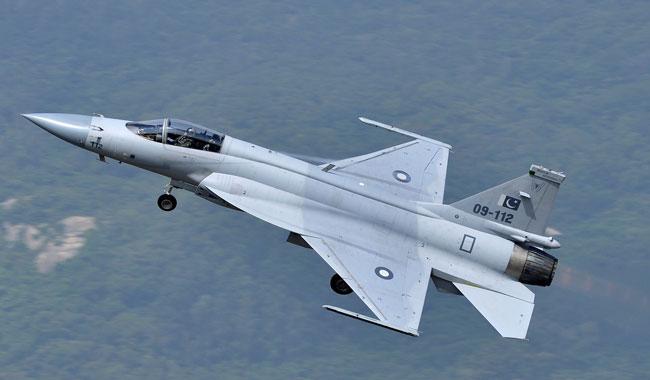 COLOMBO/ISLAMABAD: Pakistan and Sri Lanka have signed an agreement under which the former would sale eight JF-17 Thunder aircraft to the latter in the initial stage despite Indian pressure.

The agreement is part of several memorandum of understanding (MoUs)inked between Pakistan and Sri Lanka during Prime Minister Nawaz Sharif’s three-day visit to the island earlier today.

According to the accord, Pakistan will sale eight JF-17 war planes to Sri Lanka in the first phase.

India had warned Sri Lanka against dealing with Pakistan, urging it to procure its fighter jets instead, according to highly placed diplomatic sources.

Without naming anyone, they said two Indian high-ups had threatened a Sri Lankan official over the telephone to not sign the aircraft deal with Pakistan. Failing to do so, they warned, India would cancel the $400 million loan for Colombo port city project.

However, the Sri Lanka government reportedly refused the offer saying Indian air force itself was not using the aircraft they were offering them to purchase.

NCC to decide on easing or ramping up lockdown restrictions today