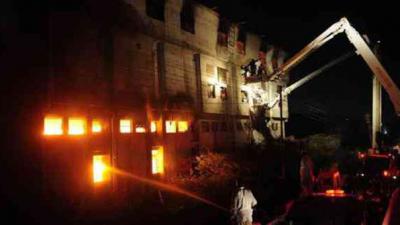 KARACHI: An anti-terrorism court in Karachi on Friday sent a key suspect of the Baldia factory fire case, Shakeel alias Chhota, to jail on a 14-day remand.

Shakeel was presented in the ATC today, where a judge sent him to jail on a 14-day remand along with other suspects Hameed, Shehzad and Farooq.

Police say Shakeel was arrested on March 22 along with his alleged accomplices from the precincts of Preedy Police Station on charges of possessing illegal weapons.

The JIT deemed the statements of the accused to be against the facts, said the sources.

Police had claimed that, in his confession, Shakeel had admitted that he along with other accomplices set fire to Baldia factory in which more than 250 workers were burnt alive – the deadliest blaze in Pakistan’s history.