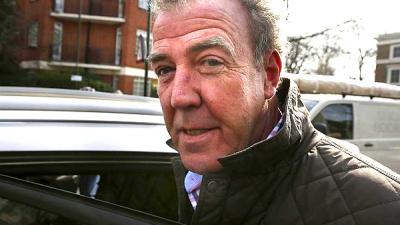 LONDON: The BBC announced Wednesday that it was dropping one of its most popular presenters, Top Gear host Jeremy Clarkson, after he verbally and physically attacked a producer.

“It is with great regret that I have told Jeremy Clarkson today that the BBC will not be renewing his contract,” BBC Director-General Tony Hall said in a statement.

Clarkson´s contract with "Top Gear", which draws more than 350 million viewers around the world, is thought to expire at the end of this month.

His departure will have financial implications for the broadcaster, whose commercial arms BBC Worldwide earns around £50 million ($75 million, 70 million euros) each year from the show.

But Hall said: "There cannot be one rule for one and one rule for another dictated by either rank, or public relations and commercial considerations."

He added that the BBC "must now look to renew Top Gear for 2016" and put out the final episodes in the current series of the programme.

The presenter, who has been forced to apologise in the past for using apparently racist language, was suspended on March 10 over what the BBC said at the time was a "fracas".

An internal investigation revealed that he launched an "unprovoked physical and verbal attack" on "Top Gear" producer Oisin Tymon following a day´s filming on March 4.

The physical attack lasted around 30 seconds and resulted in Tymon seeking medical help for a swelling, bleeding lip.

"The verbal abuse was directed at Oisin Tymon on more than one occasion -- both during the attack and subsequently inside the hotel -- and contained the strongest expletives and threats to sack him," the investigation found.

"The abuse was at such volume as to be heard in the dining room, and the shouting was audible in a hotel bedroom."

Clarkson subsequently made a number of attempts to apologise to Tymon, and he reported himself to BBC management.

Tymon said in a statement that the incident was "very regrettable".

Clarkson "is a unique talent and I am well aware that many will be sorry his involvement in the show should end in this way," Tymon said.

Hall also said he was fan of Clarkson, adding: "Obviously none of us wanted to find ourselves in this position.

"This decision should in no way detract from the extraordinary contribution that Jeremy Clarkson has made to the BBC," he said.

"He may be leaving the BBC but I am sure he will continue to entertain, challenge and amuse audiences for many years to come."

Clarkson´s suspension sparked nationwide debate, with his friend Prime Minister David Cameron among those weighing in on his side.

More than one million had also signed an online petition calling for him to be reinstated.

But Clarkson was already on his last warning from the BBC, for whom he has worked since 1988, after drawing fire over a string of inflammatory remarks.

Most damaging for Clarkson have been accusations of using the N-word while reciting an old nursery rhyme in leaked footage, something the presenter denied.

He was also accused of making a racially offensive comment about an Asian man.

"Top Gear" has regularly been criticised over its depiction and jokes at the expense of Albanians, Romanians and Germans among others.

Last year, the team fled Argentina after residents hurled stones at a Porsche Clarkson was driving whose licence plates appeared to make reference the Falklands War.

The BBC was also forced to apologised to Mexico after the show described Mexicans as "lazy" and "feckless".