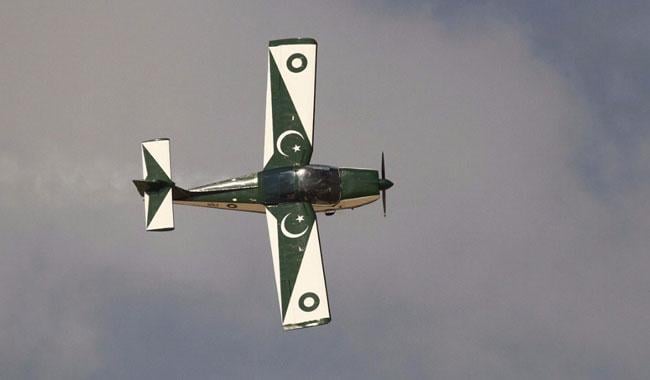 DUBAI: On the twilight of Dubai Air Show, a large number of spectators thronged the PAF pavilion to see the static display of JF-17 Thunder and Super Mushshak aircraft on Thursday.

Being an open day for general public, aviation enthusiasts turned out in thousands to see the sleek and lethal fighter aircraft, rightfully called the Pride of Pakistan.

The eager spectators were briefed about the various capabilities of this aircraft.

Another salient feature of the event was the scintillating aerobatics display by JF-17 Thunder and Super Mushshak trainer aircraft, which presented breathtaking manoeuvres during the aerial display.

JF-17 is a state of the art fighter aircraft, featured with outstanding flight performance and strong operational capability.