Health professionals in Multan block roads against privatization of hospitals 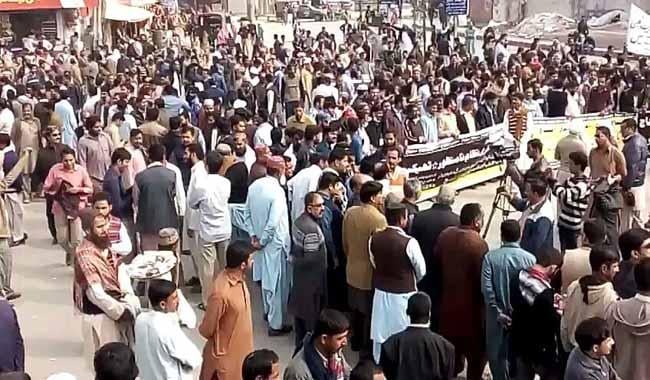 Enraged paramedics and health workers in Multan stormed into public hospitals, expressing concern over privatisation of public hospitals. They were of the view that the government plans to deprive the people of cheap medical treatment facilities.

"We will not allow privatization of public hospitals established with public money. The government is determined to privatize public hospitals instead of equipping them with facilities and removing lacunas", protesting paramedics said.

The public hospitals are forcefully accommodating two patients at one bed often due to shortage of resources. He said that participants included laboratory technicians, operation theatre technicians, dispensers and other staff.

He said the government provides free MRI test facility by incurring Rs 1500 on each patient currently. However, the government would have to pay Rs 4500 to contractor on each MRI.

Criticizing health policies he said that health professionals are serving on a contractual basis or daily wages for the past five to 20 years. Their wages have not been increased for so many years,” he regretted.

Speaking on the occasion Iqbal Tair, Dr Azhar Malik, Dr Kashif, Dr Ghulam Murtaza, Kalim Surani and others appealed the Punjab Chief Minister Shehbaz Sharif to look into the matter and order the regularisation of their services,” he asserted.

The protesters threatened to take their agitation from district to the provincial level and later to countrywide involving all the branches of paramedical associations if their demands were not met timely.