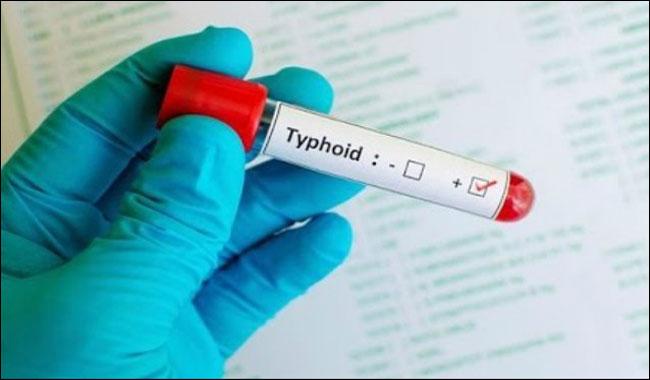 KARACHI: Nearly 400 children have been reported suffering from MDR Typhoid in Hyderabad where the health experts have warned of ‘worst and biggest outbreak’ of this disease due to contaminated water being supplied in the second largest city of the province.

‘It's seriously the worst and the biggest outbreak of Multidrug-Resistance Typhoid,’ said Dr Farah Qamar, Assistant Professor of Pediatrics at the Aga Khan University Hospital.

The data shows that at least 400 children were referred to the healthcare centres in Hyderabad during the last eight months. The worst affected areas in the city from where the most numbers of children were reported are Bhitai Colony, Qasimabad, and Wahdat colony.

Also, Karachi is less affected where 20 children of age between 2 to 5 were reported suffering from it. Liyari, North-Karachi, Gulshan-e-Hadeed, Gulistan-e-Johor, Malir and Ibrahim Hydri are the worst affected areas of the metropolis where an antibiotic-resistant strain of typhoid is spreading.

While explaining the key factors behind the outbreak, Dr Qamar said the prime reason is the non-availability of chlorine in water however, contaminated water and poor sanitation have deteriorated the situation.

Another issue, which she said, was revealed during the survey that all the four water treatment plants in Hyderabad District are non-functional and contaminated water is being supplied to the residents.

She further said that its hard-to-treat typhoid cases need to be managed to prevent outbreaks. ‘The situation was getting worse from November 2016 but authorities didn't pay any attention.’

Dr Muhammad Tufeeq, Director Health Karachi, also confirmed that the situation is getting out of control. With the help of Child Survival Program vaccination drive has been started in Lyari, Ibrahim Hyderi and Gadap town, he said.

Dr Farah Qamar said that for those who are suffering from MDR typhoid has to be vaccinated with by Typbar vaccine, which can be given to children of more than 2 years of age.

‘We need to limit the inappropriate use of antibiotics,’ says Dr Qamar. ‘Globally, drug-resistant typhoid is spreading across Africa and Asia, and we need to work hard to develop methods to identify new cases and clinically evaluate and treat those who are affected.”

On water chlorination, Chief Engineer Karachi Water and Sewerage Board Asadullah khan said that they have started a ‘Booster of Chlorination’ at all the pumping stations and also urged the citizens to clean their underground and overhead water tanks and use chlorine tablets.