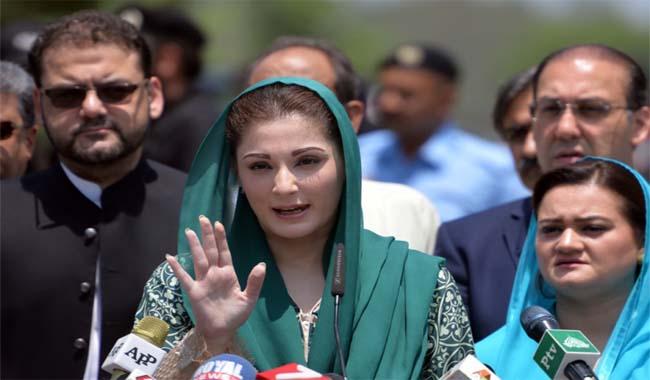 Hasthag #Calibri started trending on Twitter in Pakistan after it emerged that the documents Maryam Nawaz produced from 2006 to prove innocence of her family were written in Calibri, a font that  was made default option on products like PowerPoint, Excel, Outlook, and WordPad in 2007.

The Joint Investigation Team that probed the allegation of corruption against the Sharif family for two months on Monday submitted its report to the Supreme Court and recommended a case be filed in the National Accountability Court after finding that Sharifs have assets beyond known sources of income.

Reports that the use of Calibri font suggests submissions were fabricated left Twitter in a frenzy.

Haahahah - this is gold. Supposed 'declaration letters' from 2006 typed in Calibri font that didnt even exist till 2007. #TeamTimesNewRoman

Note: Calibri blunder was caught by Robert W. Radley (Forensic Handwriting & Document Examiner) hired by the JIT, not by the JIT itself.

The fact that Calibri font didn't exist 10 years ago is more news to me than the actual news implied through this fact. Like seriously wow.

Did someone edit the wiki entry for "Calibri"? It says that it was introduced in 2004.

Is that true about Calibri's commercial release? Did Pakistan's PM/Family get caught in a lie because of a font they used? Great story.