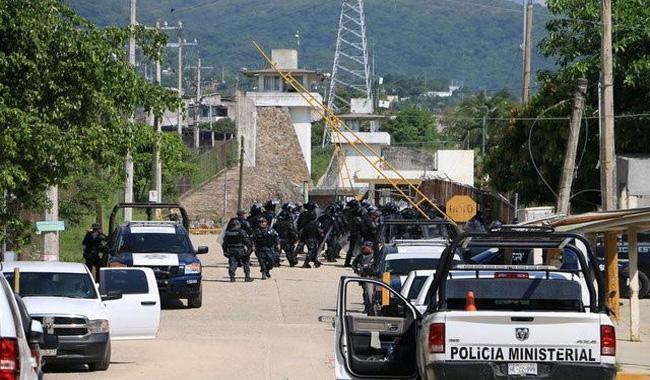 Bodies were found strewn around the maximum-security wing, the kitchen, a patio and a conjugal visits area after the pre-dawn riot at the CERESO federal prison in Acapulco, the state government said in a statement.