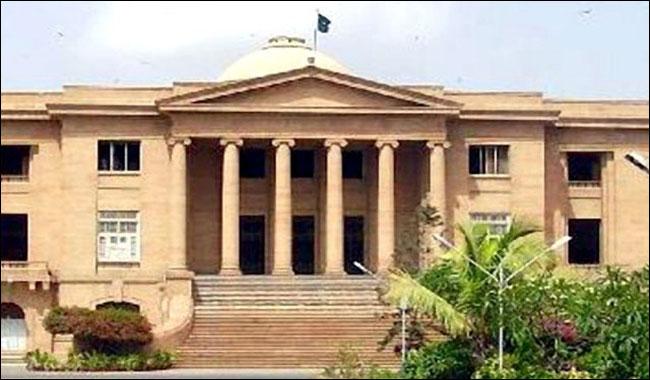 The respondents have been directed to file their response by June 15, 2017.

The petition challenged the actions taken by the Federal Investigation Agency (FIA) upon the directions of the Ministry of Interior in what the government claimed is an investigation into, and a crackdown against, alleged ‘anti-army’ campaigners online.

It added: “Criticism of the armed forces does not, by itself, amount to a criminal offence and cannot be subjected to any coercive action by the State. Disrespect to or criticism of the armed forces does not fall within any of the exceptions to Article 19. Further, it is well settled that the exceptions to Article 19 are to be narrowly construed. In a democratic set-up, it is a citizen’s right to criticize each and every branch of government and such right is essential in order to ensure good governance. It is not for any branch of government to itself determine which criticism is warranted and which is unwarranted”.

The case was heard by a two-judge SHC bench comprising, Justice Syed Hassan Azhar Rizvi and Justice Sadiq Hussain Bhatti, which issued notices to respondents i.e. the Ministry of Interior through its Secretary, and the FIA through its Director General.

Phone calls, summons, detentions, arrests and seizure of devices over vague charges by the FIA without any lawful authority, more so without FIRs and warrants, are a violation of the due process of law guaranteed under Articles 4, 10-A and 13 of the Constitution of Pakistan, as well as relevant provisions of the FIA Act and the Prevention of Electronic Crimes Act (PECA) read with the Criminal Procedure Code, 1898,’ the petition said.

‘These actions then amount to coercive acts to intimidate, harass and threaten not just targeted individuals but citizens at large. The government and the FIA, through both their statements and their actions, have created a chilling effect on freedom of speech and deliberately hindered the public exercise of the rights guaranteed under Article 19 of the Constitution by obstructing the right of citizens to even engage in constructive criticism.’

It said that ‘the State, its institutions and officials must, at all times, respect and uphold rights, liberties and freedoms as guaranteed to citizens under the Constitution of Pakistan, and act in accordance with the law’.

Aggrieved by this blatant violation of fundamental rights by the government and the FIA, and their failure to act in accordance with the law, the citizens have approached the court, the petition concluded.

Ramadan 2021: No power outages during sehri, iftar and Taraweeh

7 injured in blast during football match in Karachi

'All measures' will be taken to reopen blocked roads: Sheikh Rasheed