Imran slams Nawaz for being silent spectator at Saudi summit 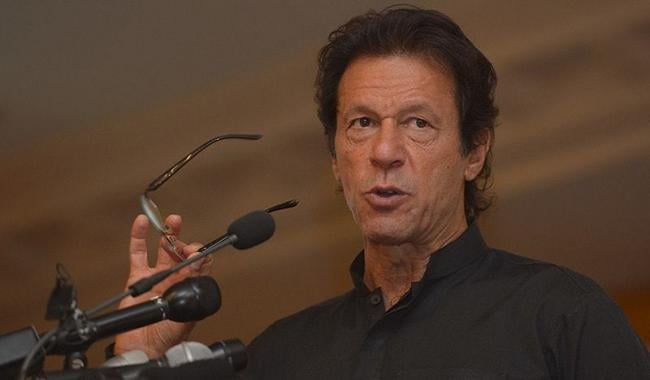 Speaking to media, the former cricket hero claimed that Sharif was not allowed to speak at the summit, also attended by US president Donald Trump and others, despite spending four hours to prepare his speech.

On the first leg of his trip in Saudi Arabia, Trump lashed out at Iran, accusing it of fuelling "the fires of sectarian conflict and terror" and calling for its international isolation. Khan said Nawaz Should have responded that Iran's isolation would hurt the Muslim world.

He said Nawaz Sharif should have clarified Islamabad's stance that Pakistan would not become party in any conflict in the Middle East in line with parliament's resolution, demanding the  prime minister to leave the portfolio of foreign minister.

The PTI chairman said Nawaz Shairf should have spoken of atrocities being meted out to people of occupied Kashmir and Palestine during the summit.

"The world does not respect those who do not respect themselves," he said, during an earlier interaction with media as he arrived to attend the Supreme Court hearing over Panama Papers case.

While commenting on Federal Investigation Agency (FIA)'s ongoing crackdown against social media users, the PTI chairman said the government was shutting down the democracy through such measures.

According to Geo News, Khan said Dawn Leaks issue proved that the government was the anti-army not the social media activists being picked up by the agency over anti-army posts.