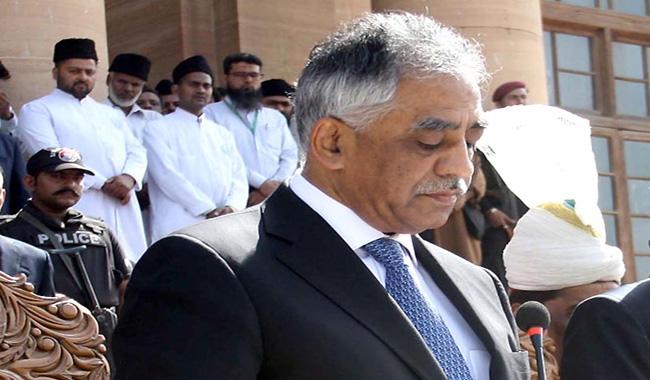 ISLAMABAD: Sindh Governor Muhammad Zubair on Thursday said  deployment of Rangers in Karachi is essential for economic development and the paramilitary troops would remain in the metropolis till the economic stability is achieved.

Talking to media, he said  100 percent credit for Karachi operation goes to Nawaz Shairf whose efforts brought positive change in the city.

Responding to a question regarding Raheel Sharif, he said the former army chief was just another general and should not be made "larger than life".

He claimed that Nine Zero is sealed  and no one is demanding to reopen the former headquarters of the Muttahia Qaumi Movement.  “Altaf Hussian is history now, and there is nobody left who can mention name of MQM-London”.

Speaking about Karachi's law and order situation, he said things have changed around in the city. “Even the combined force of all the political parties cannot lock down Karachi”.