Daughter wanted to be an actress and I wanted to break her legs: Sanjay Dutt 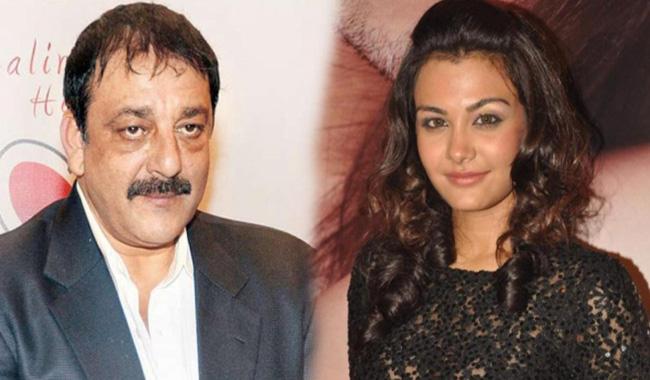 MUMBAI: Bollywood superstar Sanjay Dutt revealed in a recent interview that his daughter Trishala aspired to become a Bollywood actress but he 'wanted to break her legs.'

Bollywood is filled with star kids such as Ranbir Kapoor, Tiger Shroff, Sonakshi Sinha, Shraddha Kapoor and Hrithik Roshan etc. However, there are superstars in the Indian film industry who have other plans for their children and strictly don't want them to pursue their line of career. One such fellow is PK star Sanjay Dutt. During a recent interview, the veteran actor revealed how his daughter wanted to become an actress but he did not agree to her desire.

"Trishala wanted to be an actress and I wanted to break her legs, which I’m not doing here," he said.

The actor said that since his daughter is not fluent in Hindi, becoming an actress for her would be tough and that the profession looked easy but in fact it wasn't.

"Even if she wants to join the industry, she has to learn Hindi because American (English) will not work here. It is not easy to be an actor. It looks easy but it is quite difficult," he said.

Sanjay also spoke about his kids and said that he shared a wonderful bond with him. Citing the example of his own father Sunil Dutt, he said:-

"I share a beautiful relationship with my children. I remember my father (Sunil Dutt) used to say, ‘I’m not your friend, I’m your father’. That’s the way I’m with my kids."

Charlize Theron's 'The Old Guard' will likely have a sequel