When Ivanka Trump couldn't take her eyes off Trudeau... 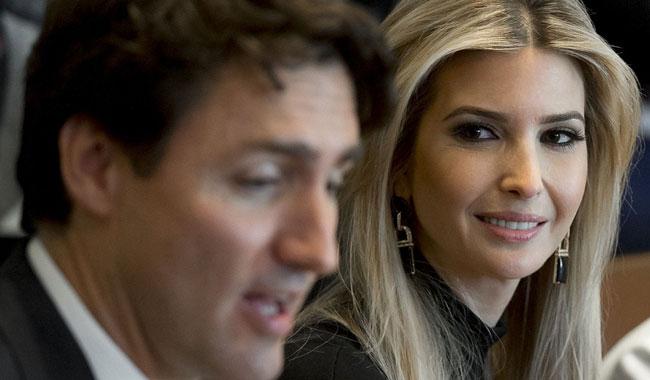 WASHINGTON: Canadian Prime Minister Justin Trudea had the same effect on Ivanka Trump that he's been having on women around the world ever since he came into the public eye as the businesswoman couldn't take her eyes off him when the two got to meet, on Monday.

Women have always been in awe of Canadian Prime Minister Justin Trudeau, if not for his good looks then for his chivalry. The Canadian Prime Minister has time and again stood up for the rights of women, earning him a huge number of female fans across the globe. Trudeau is currently in Washington, where he held meetings with the President of the United States of America, Donald Trump. It was there that he got to meet the American President's daughter Ivanka Trump for the first time.

Trump and Trudeau seemed to hit it off right from the beginning, as pictures emerged of the two seated next to each other in an important meeting that focused on the role of women in business. Being the gentleman that he is, Trudeau can be seen in one picture holding out the seat for Ivanka as the businesswoman took her seat next to the Canadian premier in her first White House policy meeting.

From the images of the meeting, one can't help but notice how Ivanka couldn't take her eyes off Justin Trudeau. Take a look for yourself. 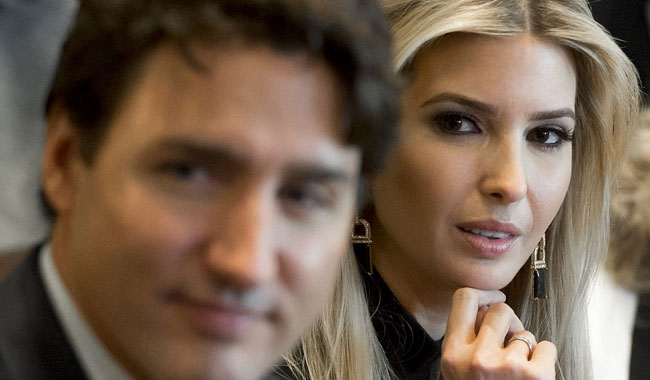 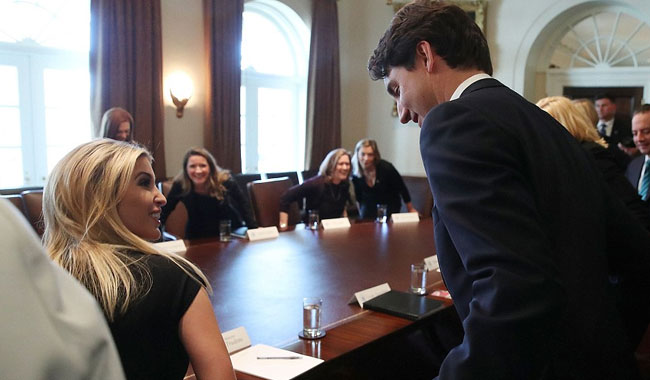 Ivanka seems to be clearly mesmerised by Trudeau's personality. The question is, can we blame her?