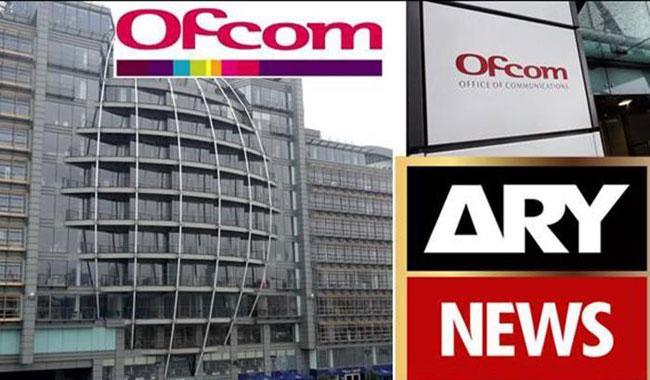 The network also failed to prove accusations of spreading anarchy in Pakistan, taking money to work on foreign agenda, and ridiculing Islamic teachings.

ARY had falsely accused Editor-in-Chief Jang and Geo group Mir Shakil-ur-Rahman of being a traitor and enemy of the state who deceived the nation and conspired with other countries against Pakistan. ARY failed to prove these allegations in court and admitted that it has no evidence to back its vile claims.

Ofcom and the British court's verdict have vindicated Jang and Geo group and its Editor-in-Chief Mir Shakil-ur-Rahman, successfully defeating a dishonest media campaign of vile and baseless accusations.

The court ordered ARY to pay £3 million in damages and costs.

However, ARY failed to comply with the court's orders after which British media regulator Ofcom revoked ARY Network licences and shut down three TV channels owned by the network in the UK.

During the trial, lawyers for ARY had stated in court that the channel had aired accusations against Jang and Geo of working for foreign governments and agencies in response to an alleged attack by Geo. Lawyers for ARY claimed the content of its transmission was merely 'opinion' and that it was not meant to be fact. However, the court rejected ARY's stance.

One of the biggest allegations levelled by ARY was that Editor-in-Chief Jang and Geo group challenged Pakistan's security, ideology, and its institutions including the judiciary and military. In its verdict, the British court said ARY had no evidence to prove its accusations.

The court rejected the small file of unverified social media reports that ARY submitted as 'evidence'.

On the other hand, Jang and Geo Group Editor-in-Chief submitted 30 kilogrammes of documents as detailed responses and evidence in the case, even responding to questions that were not even raised in the small file submitted by ARY.

According to the British court's verdict, ARY will pay Editor-in-Chief Jang and Geo group Rs 260 million (over £2 million). This amount includes libel damages, legal fees, insurance premium, and other costs.

ARY had also falsely accused that the Aman Ki Asha campaign was run by Jang and Geo group in exchange for money as part of furthering 'Indian agenda'. However, ARY said it had no evidence to prove this accusation, and it even declined to defend this allegation in court.

According to the Judge, ARY spewed venom and levelled false blasphemy accusations 389 times to hurt the Defendant. The judge had found that ARY's broadcasts were "unrelenting and calculated to arouse hatred towards the Claimant (and indeed quite possibly violence) among members of the Pakistani community in this jurisdiction."

The Judge found that ARY distorted the coverage of events following the attack on Geo News anchor Hamid Mir to accomplish its own agenda.

A dishonest propaganda campaign was started on broadcast, print and social media against the leadership and employees of Jang and Geo group.

They were physically attacked in UK and Pakistan, employees were tortured and their families were given life threats.

Cases related to all these matters are being heard in different courts of Pakistan for the last three years.

The same old campaign is being re-run today with the same old script and again using the names of the Almighty and the Holy Prophet (Peace be Upon Him).