LONDON: A report published by the British Broadcasting Corportation (BBC) on Friday claimed that the Sharif family have remained the only owners of the London flats since the '90s. The report further alleged that the ownership of the two flats have not changed since the '90s.

According to the BBC report, the two offshore companies named in the Panama Papers scandal namely Nescol and Nielson, were used to buy flats in London's most expensive Mayfair locality in the '90s and the ownership of the flats has remained unchanged ever since.

BBC Urdu claims that it has obtained official documents which prove that the four flats have been bought by Nescol and Nielson in the '90s. Prime Minister Nawaz Sharif's son Hussain Nawaz has in the past admitted to owning both companies in the past. 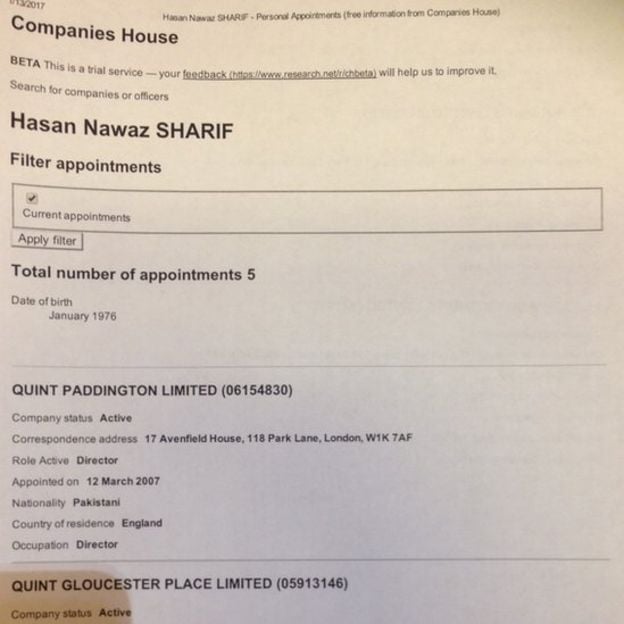 Furthermore, documents with the BBC also reveal that Flagship Investment Ltd, a British company, owns another flat titled '12-A' located in the same block of the Mayfair apartments. According to the documents of this company, flat number 12-A was bought at Avenfield House on January 29, 2004 and that the director of this company is none other than Prime Minister Nawaz Sharif's son Hassan Nawaz.

According to an official record of companies conducting business in the United Kingdom, in 2001 Hassan Nawaz set up Flagship Investment Ltd and the address provided at the time was that of the Park Lane apartment. Apart from this, Hassan Nawaz is also the owner of four offshore companies which are Quint Paddington Limited, Quint Gloucester Place Limited, Flagship Securities Limited and one another company.

According to official documents obtained from an organisation that keeps records of property buying and selling in London, the first flat located in central London's Mayfair areas was purchased at 17 Avenfield House by Nescol Limited on June 1, 1993. The second flat, flat 16, was purchased by Nielsen Enterprises Limited on July 31, 1995 in the same Avenfield House building.

Flat 16-A, the third flat, was bought on the same date by Nielsen Enterprises Limited and in the same building. 17-A, the fourth flat, was purchased by Nescol Limited on July 23, 1996. 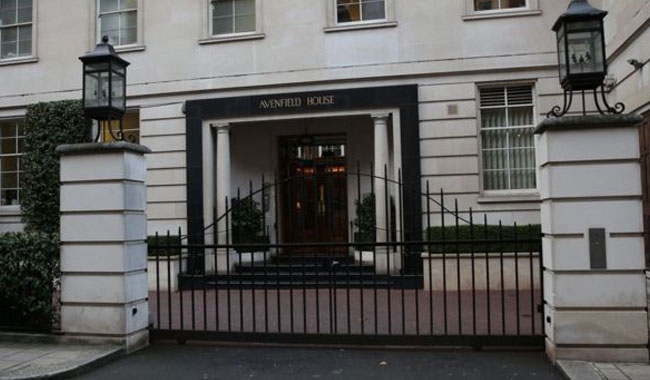 The report further stated that BBC wrote to Nawaz Sharif's sons Hussain and Hassan Nawaz to obtain their point of view regarding the matter. However, both did not reply to the questions posed pertaining to the date of purchase and sale of the flats even two weeks after they were contacted.

In the letter written to Hussain Nawaz by BBC, the report states that questions pertaining to the date of purchase and sale of the flats were posed. Hussain Nawaz was asked to give his point of view regarding the matter since he had earlier claimed that the flats had been purchased in 2006 yet according to the UK government's Department of Land Registry, the ownership of the flats had remain unchanged from the '90s. 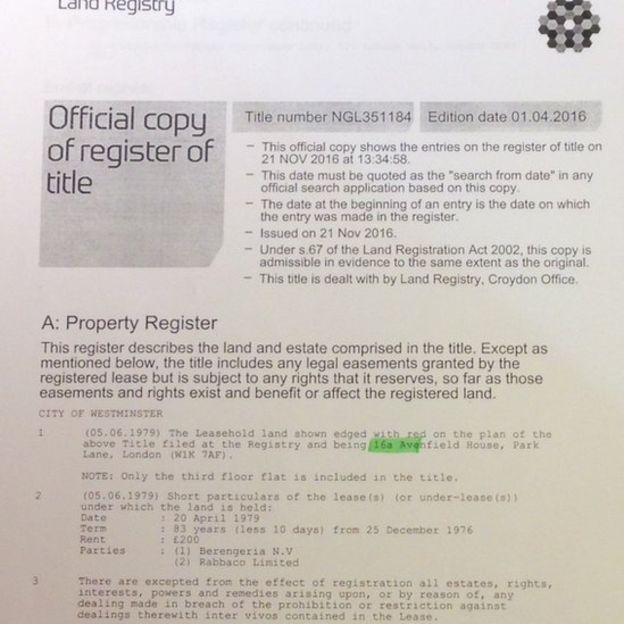