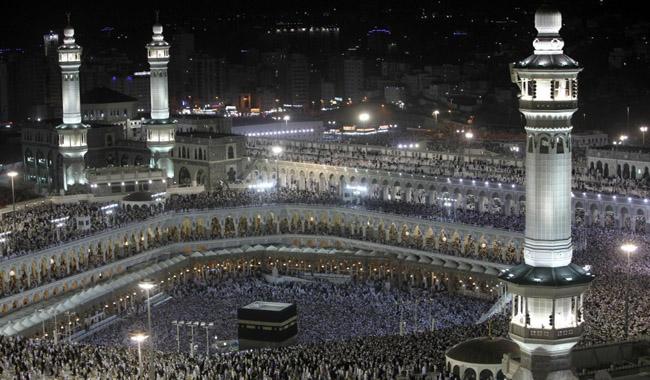 TEHRAN: Iran said Tuesday it had finally received an official invitation from Saudi Arabia for its pilgrims to attend this year´s hajj, two weeks after Riyadh announced it.

There was no official Iranian delegation at last year´s pilgrimage to the Muslim holy places after Saudi Arabia severed relations with Iran following the torching of its missions in Tehran and Mashhad by protesters in January last year.

It was the first time in three decades that Iranian pilgrims had been absent and the culmination of years of worsening relations over the conflicts in Syria and Yemen.

"The Iranian delegation will travel to Saudi Arabia on February 23... and we hope to get tangible results," hajj affairs representative Ali Ghazi Askar told the Mizan Online news website.

"For the time being, nothing is certain and we will attend the hajj as long as the situation is prepared for us," he said.

"Undoubtedly, there are problems that must be resolved." Negotiations for Iranian pilgrims to join last year´s hajj broke down over the questions of where their visas should be issued and how their security could be ensured following the deaths of 464 Iranians in a stampede at the 2015 hajj.

The tone of the invitation is "not that much different from past letters", Askar said earlier Tuesday. "All matters regarding the hajj -- including accommodation, food, medical affairs, transport, pilgrims´ security, banking and consular issues -- must immediately be studied and appropriate solutions put forward."

The Saudi-owned Al-Hayat newspaper reported on December 30 that Saudi Pilgrimage Minister Mohammed Bentin had opened discussions with more than 80 countries, including Iran, on the arrangements for the 2017 hajj.