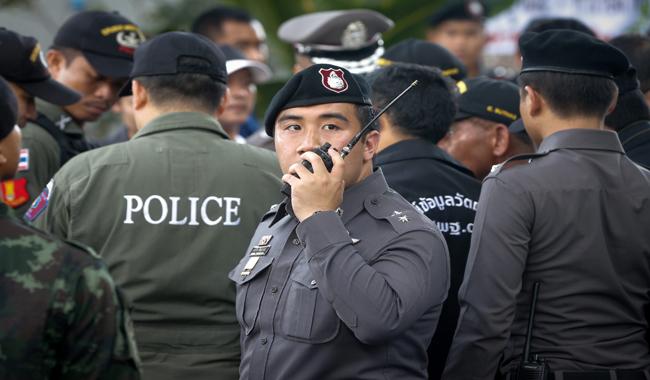 BANGKOK: A large car bomb blew up outside a hotel in Thailand´s insurgency-plagued southern region late Tuesday, killing one and wounding more than 30 people, some of them critically, police said.

Although the area is not popular with tourists, the country has been on edge since a string of small but coordinated explosions earlier this month struck resort towns further north, heightening concerns that Thailand´s southern insurgency may have spread after years of stalled peace talks.

The latest bomb struck shortly before midnight outside a hotel on the outskirts of Pattani, one of three Muslim majority southern provinces that have been battered by the 12-year insurgency.

"So far there is one killed and more than 30 injured," Major General Thanongsak Wangsupa, Pattani provincial police commander, told AFP.

"The hotel building was considerably damaged," he added. A staff member at the town´s hospital said 32 people were injured, five of them critically. All are Thai nationals, the worker added, asking not to be named.

Most embassies warn nationals against all travel to Pattani because of the long-running conflict between the Buddhist-majority state and shadowy Muslim rebels seeking greater autonomy.

Near-daily shootings and roadside bombs have left more than 6,500 dead since 2004, most of them civilians.
But the violence has largely remained local with militants loathe to spark international outrage by targeting Western tourists.

The kingdom´s junta leadership has been keen to downplay suggestions that the insurgency may have spread. However the police investigation into the attacks earlier this month is increasingly pointing southwards with Thailand´s top officer on Monday saying most of those behind the blasts were believed to be Muslims who hailed from the deep south.

The rebels never claim their attacks but factions are known to be frustrated with their lack of progress after more than a decade of fighting.