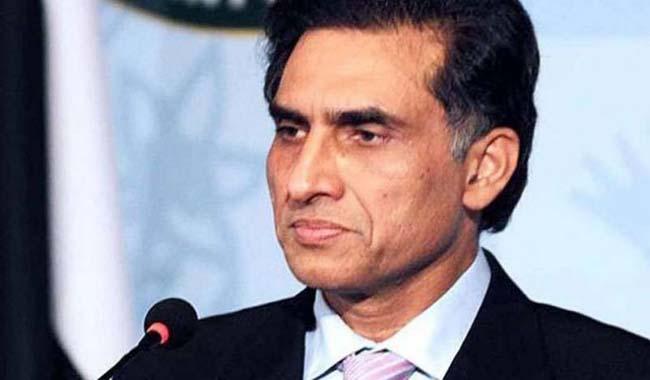 ISLAMABAD: Foreign Secretary Aizaz Ahmad Chaudhary has called upon the European Union and its members to raise their voice against the continued blatant human rights violations of innocent people in occupied Kashmir.

He was briefing the Ambassadors of the European Union in Islamabad on Wednesday over the tense situation in Indian Occupied Jammu and Kashmir.

Foreign Secretary urged the EU to condemn human rights violations in Indian occupied Kashmir and play its role in ensuring the realization of human rights of the people of Jammu and Kashmir.

He observed that there should be no impunity for human rights violations. He also underscored the need for a fair and transparent inquiry against individuals responsible for these killings.

The Foreign Secretary Aizaz Ahmed Chaudhry also called upon the OIC member countries to raise their voice against the blatant human rights violations of innocent Kashmiris in Occupied Kashmir.

This he stated while briefing the Islamabad-based Ambassadors of the member countries of the OIC Contact Group on Jammu and Kashmir including Azerbaijan, Saudi Arabia, Turkey and Niger on Wednesday over the tense situation in Occupied Kashmir.

The Foreign Secretary emphasized that the valiant people of Jammu and Kashmir will not be deterred through such brutal use of force from their demand of exercising their right to self-determination in accordance with the UN Security Council resolutions.

DG ISPR press conference: Linking Abhinandan's release to anything other than a mature response 'misleading'