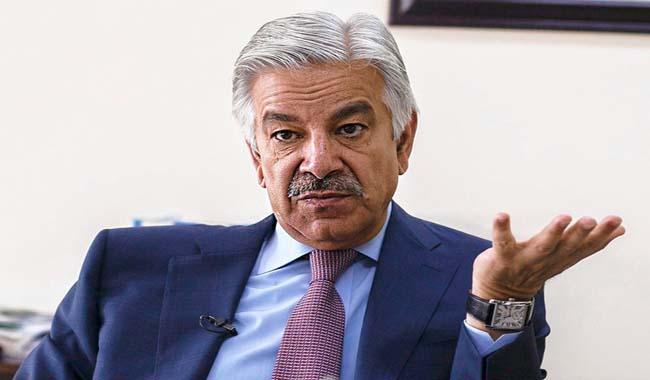 ISLAMABAD: Defense Minister Khawaja Asif, while delivering a policy statement in the Senate on the recent tension in Pak-Afghan relations, has said TTP enjoys the support of Afghan authorities.

The minister said we won’t face allegations of backing Haqqani Group and Afghan Shura if 30 million Afghan refugees return to their country.

He said that Pakistan is determined for effective border management with Afghanistan for peace and security in the region.

He said that border management is a matter of national security and Pakistan will not back down from this.

“This is in the interest of both the countries,” he emphasized.

The minister said the government has been in talks with the Afghan government over one year to ensure better management of the border in order to stop infiltration of militants from both sides.

Khawaja Asif reminded the upper house that both the countries share common history, culture and religion and their destinies are interlinked.

He told the house there are 78 crossing points between Pakistan and Afghanistan out of which 16 have been notified.

“Chaman and Torkha are the main crossing points,” he added.