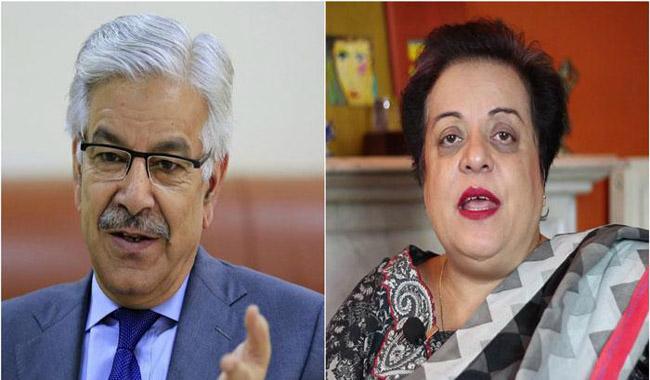 Khawaja Asif called Mazari a ‘tractor trolley’ while speaking in the house over the issue of load-shedding. “Mr. Speaker! Tell the tractor trolley to be quit,” the minister said.

While briefing the National Assembly about power situation in the country, he said there is no load-shedding in the country during Iftar and Sehr. In the meantime, PTI MNAs rejected the minister’s claims and raised voice. On that, Khawaja Asif called Shireen Mazari as tractor trolley and called her aunty. On hearing harsh comments, tears rolled down from Shireen Mazari’s eyes.

Shireen Mazari said men should not be allowed to refer to women by using such insulting words.

“the members of the National Assembly (NA) must know the code of ethics of the session and I hold no reservations against the speaker as he always gives due time to party members to speak,” she said.

To calm down the situation, Speaker Ayaz Sadiq expunged the words from the assembly proceeding on request of Pakistan Peoples Party’s senior leader Naveed Qamar. Khawaja Asif, however, has not taken back his words as demanded by opposition members.

Later, PTI lawmakers walked out from the assembly.

Talking to media outside the parliament Shireen Mazari said that all the female opposition law makers would write a letter to Speaker to complain against the minister’s behavior towards the women.

She said Khawaja Asif has no values to respect the women. "Luckily my voice is louder than Khawaja Asif," she concluded.

PPP’s member parliament Nafisa Shah while condemning the minister’s remarks wrote on her twitter handle, “Khawaja Asif's derogatory remarks against Shireen Mazari are an insult to all women parliamentarians. He should have the moral courage to apologise.”