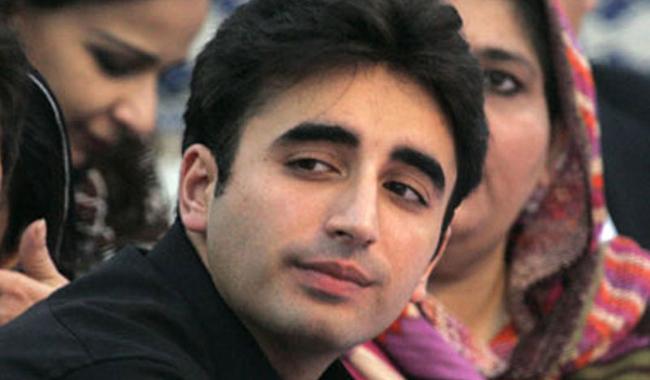 KARACHI: Bilawal Bhutto Zardari Chairman Pakistan Peoples Party has expressed grave concern over the volatile situation in Mandi Bahauddin where, according to reports, non-state actors together with extremist groups were inciting violence against Christian community and threatening them to convert or leave.

In a press statement issued here, the PPP Chairman said his Party won’t remain silent on any atrocities against the poor and marginalized communities, including the Christians of Mandi Bahauddin and asked the Federal and Punjab government to take immediate action and catch the culprits behind victimization and atrocities against the minority community in the Punjab town.

Bilawal Bhutto Zardari said that he had been pointing out that Nawaz Sharif government has turned National Action Plan into Noon-league Action Plan and only selective points of the Plan are being invoked.

“Why is the Federal and Punjab governments are silent on NAP’s Point No. 9 which proclaims , ‘End to religious extremism and protection of minorities will be ensured’,” he stated adding that instead of implementing this point, both the governments appear to be hands in gloves with those who promoting religious extremism and targeting the minorities.

He expressed solidarity with the minority community of Mandi Bahauddin and assured them that his Party would raise their concerns about security at evey forum and would not leave them alone in the face of hardship.

Govt decides to run Roosevelt Hotel under a joint venture