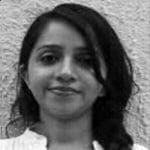 First it was the website of the country’s telecom regulator, the Pakistan Telecommunication Authority. Then they came for the highest court of law. Their websites were defaced, with an amateurish font flaunted on the homepage. A 14-year-old hacker was demanding that the state crackdown on pornography on the internet.

Orders were issued and news broke that a bunch of teenagers had prepared a list of over 350,000 pornographic links. Now why were minors accessing such material in the first place? What does it say about parenting in the digital age? What more can be done to educate parents so they can better protect minors?

None of these questions was raised. This was 2011. This past week (in 2016), yet another directive was passed – seeking a ban on over 400,000 web links. In response the internet service providers (ISPs) are protesting over how costly and near-impossible the task is.

To give more perspective to this debate, in order to block hundreds and thousands of links the ISPs would have to acquire and install URL filtration systems. These systems are invasive and have the capability to block a massive amount of content – which means they can and will be used to crackdown on speech.

I say ‘will be’ because there is a precedent. For instance, the government of Pakistan has never admitted to political censorship. Crackdown on dissent has always gone on under the garb of protecting our people against immoral and objectionable content.

Info graphics on sectarian killings and scandals of state officials have nothing to do with protecting the people and everything to do with bowing to the corridors of power. Forcing all ISPs to install invasive filters gives them a flip-flop switch that can easily be used to shut down political dissent or any information the government doesn’t want you to see.

Imagine how these filters can be used during an election. A political rally. Against a corruption expose. Reports of human rights violations. Currently, there is no mechanism or public list of websites and content blocked by the government. There’s no platform where citizens can find just how and why their access to information has been curtailed, and certainly no platform where these decisions can be contested.

Then there are those that point to China when it comes to internet control, without realising that the one country couldn’t be further from our political values and societal norms. More importantly, Chinese filters are known for their expansive crackdown on any and all kind of dissent or political speech.

The state’s job is not to be the grand nanny and control what people can or can’t view. Its job is to protect its citizens, to ensure that civil liberties aren’t trampled on and to work on protecting the constitutional rights of its citizens.

Our children can easily be protected from pornography by educating parents on using security applications that prevent children from accessing such material; we do not need a state led initiative to resolve that problem.

Let’s not become scapegoats in the state’s efforts to assert more control. Let us, instead, educate ourselves so that we may never have to surrender our civil liberties.

The writer is a rights activist and director of Bolo Bhi. Twitter: @sanasaleem