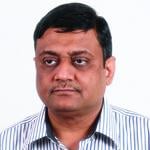 It is the standard practice of our rulers that in areas in which they have little interest, they launch a very small project with a massive publicity campaign so as to create the impression that they are doing a lot. Education, healthcare and housing are such unfortunate subjects.

The Punjab government has recently launched a project, Ashiana, which aims to provide 50,000 low-cost housing units during the next two years. This scheme, if it is completed at all, will meet not more than 0.6 percent of a total housing shortage of nine million units. In the past, many such promises proved to be false.

In 2010, too, the Punjab government had launched a housing scheme of the same nomenclature with much fanfare but it flopped. The original target was to build 50,000 housing units in 21 cities of the province but during the last five years the government built only 370 units in only three cities.

In the run-up to the elections, the PML-N candidates distributed so-called ownership certificates to the dwellers of these abadis, but later the poor people came to know that they would have to pay the land’s price at official rates – something many of them cannot afford.

This fiscal year, the Planning and Development Department turned down even a modest project proposal worth Rs4 billion presented by the Punjab Directorate of Katchi Abadis, much less than the Rs6.7 billion being spent on widening Raiwind Road and building a trunk-sewerage line in the area where the ruling family resides.

The provincial government has recently released Rs700 million for development works in the electoral constituency of NA-122 of Speaker National Assembly Ayaz Sadiq. It has launched a number of projects worth billions of rupees to widen the already-wide roads in posh areas of Lahore. Katchi abadis, however, are not so fortunate.

The federal government also keeps making giving out the same rhetoric of low-cost housing. Two years earlier, Prime Minister Nawaz Sharif promised half a million housing units under the Apna Ghar scheme. However, so far the federal finance ministry has not issued even the meagre amount of Rs200 million required for initiating work on this much-publicised project.

This is in line with the PML-N’s past track record. During Prime Minister Nawaz Sharif’s second tenure (1997-1999), he launched the Mera Ghar (my house) scheme with the aim of building 500,000 small houses on state land, but the project did not achieve even five percent of the target. This, even though the government completed many other much more expensive projects during the same period.

In the housing sector, like education and healthcare, the entire gamut of the government’s policies militates against the interests of the common man. The rulers have left low-income people at the mercy of the private sector. Which constitutes members of the ruling elite.

A majority of top politicians in Punjab, Sindh and KP are making fortunes for themselves through private educational institutions, hospitals and real-estate ventures. It is in their vested interest to deny the masses these facilities in the public sector. Politicians who are not directly involved in the real-estate business are indirectly in collusion with property tycoons at the expense of public interest.

For affordable housing, a main requirement is availability of cheap land in cities, where 40 percent of the population lives in rented houses. However, the state has adopted such policies and development strategies that have made land far too expensive for low-income people to purchase.

Half of Karachi’s 20 million people live in katchi abadis while there are 200,000 vacant plots and five million empty flats in the city. In the words of veteran housing expert, Tasneem Siddiqui, Karachi is seeing ‘plot development’ instead of housing development.

The same is true for Punjab’s cities. Since the late 1980s, successive governments in Punjab made most infrastructure development plans in cities like Lahore to promote their own real-estate interests. For example, during the last two decades, the route and design of Lahore’s Ring Road has been amended for the umpteenth time to suit the land interests of the politicians in office. Its southern loop is yet to be completed.

Politicians buy vast tracts of cheap agricultural lands in the vicinity of major cities like Lahore, Rawalpindi and Islamabad with the help of the coercive power of the administration, and then invest huge amounts from the public exchequer to build roads and other civic amenities in these areas. This pushes up overnight the suburban land’s price.

Moreover, building bylaws enforced in big cities like Lahore and Rawalpindi have made urban land more expensive. For instance, the bylaws in Lahore allow building only two-storey houses (ground plus one). This policy has resulted in a steep rise in the market price of urban-periphery land. If the government amends the bylaws to allow at least one-plus-three houses in cities, people can build more housing units in already-developed neighbourhoods.

Each year, a maximum of 300,000 housing units are built across the country – and these too with personal finance or in the private sector. Low- and middle-income people have little access to affordable housing finance from financial institutions.

According to the State Bank of Pakistan’s statistics, the ratio of housing finance to Gross Domestic Product stands at 0.5 percent for many years. The number of total borrowers for housing is just 2,000 per year.

A sincere effort to resolve the housing shortage needs to aim at providing affordable land and housing finance to people. The Ashiana Housing and Apna Ghar housing schemes are no more than publicity stunts to hoodwink the masses.