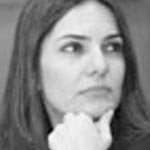 The politics of anti-secular scholarship

The lack of academic debate over the role and place of religion, Islamist politics and secularism in our society, has created an intellectual vacuum in Pakistan. This has recently been filled in by a spate of post-9/11 scholarship by Muslim diasporics working on such themes.
Much of this post-modern Islamic revivalist literature is engaged in exploring, redesigning, redefining and reinventing Islamists through anthropological lenses but they refuse to take account of their materialist, sociological or political positionality vis-a-vis the Islamist cause.
This reinvention of Islamism as described by such scholars is attractive to Western academia. The academic manipulation, of the mundane but escalating political violence that Islamist parties and militant organisations have routinely demonstrated in Pakistan over the last 60 years has allowed for a “repackaging” through such scholarship. Such scholarship now offers reconstructed readings that regard (1) Islamist militancy as potentially liberatory and/or, (2) Islamists as free agents, and (3) even a proposal that Islamists are, in fact, propagating secularisation in Pakistan.
Whether this suspension of political reality from academic flights of imagination are due to whimsical negligence in the pursuit of career-enhancement, or an instinctive response to a Western market hungry for such voyeuristic peep-shows into the world of Islamists, or in fact, academic cunning, is of course, for the reader of such scholarship to decide. However, when the surface of such academic proposals (that is primarily targeting a Western audience) is scratched, the views of such scholars, who are well-known to us in the native context, becomes clear.
They espouse anti-secular politics and are critical of Western liberal secularism, as well as the humanist-based universalism that fuels human rights and women’s rights movements internationally. This allows for an academic rejection of the various forms of natal

secularisms or pockets of secular resistance that exist in Pakistan currently, as “imported”. Ergo, for such scholars, the Islamists, while not the best alternative, should be recognised as possible agents of social change who may offer the appropriate kind of secularisation that Pakistan really needs.
The recent publication, “Secularising Islamists? Jamaat-e-Islami and Jamaat-ud-Dawa in Urban Pakistan” (technically though, just in Lahore), suggests that, “Islamists who oppose secularism may be, inadvertently perhaps, facilitating secularisation.” The evidence is traced through what the author considers “deep, conscious and critical questioning of the role of religion – a secularisation” – of the JI and the JuD in Pakistan.
The misleading suggestion, that there is critical questioning of the role of religion which is robustly and freely debated in public fora in Pakistan, belies the reality that, increasingly, there is little or no tolerance or space that enables secular points of view (on the role of religion) to be expressed. Instead, all argument, advertisement, morality, legal codes and even products have to be wrapped in the garb of religion to be successfully sold.
This is not to say that people don’t circumvent religion, religious oligarchies or laws. There are many spontaneous rights-based movements (such as the lawyers’ movement and the nationwide lady health workers movement, the fisher-folks movements) and routine lives which are neither motivated, take no recourse nor impulse from religious sentiment, nor use religious props or support from piety. Some pay with their lives for speaking out on the issue of separating religion from politics or policies.
One example of the de-privatisation of religion that the author, Humeira Iqtidar, considers as exemplary of “secularisation” is highlighted through a dialogue with one or two women members of the JuD. One such case is that of “Saima”, who fails at a secular career but succeeds in securing a place in the JuD markaz and who is likely to have her marriage arranged within the fold of the JuD. This, according to Iqtidar, affords her greater choice in selection of her spouse than may be possible under “secular” arrangements of marriage.
Similarly, the fact that “Rabia” is able to defy her brother-in-law’s disapproval of her veiling, leads the author to conclude that while Islamist parties may be oppressive for some, for others they may serve as liberating sanctuaries.
To suggest that the experiences of these woman of the Jamaat-ud-Dawa are indicative of secularisation because they activate their private (pietist) agency to inform their public relationships/careers, is akin to suggesting that the local maulvi who has been co-opted by UNFPA to promote contraceptives in the community is also “secularised” or contributing to secularisation of society. This instrumentalisation of religion, as a potential method of achieving supposedly secular ends (secularisation, in Iqtidar’s definition), is a completely ill-considered proposal.
With reference to this particular example, it has simply (re-)created a dependency on male clergy for something as simple (and secular) as, access to a basic health option for women. The requirement of the approval and involvement of and mediation by local clergymen, has resulted in what I call, “rent-a-maulvi projects.”
The justification to use any method to gain entry into the community and not just accept but actively appoint, a local clergyman as the gatekeeper to women’s reproductive options, also negates other potential aspects of social empowerment. It also reinforces the authority of religion and anti-secularists at community levels and reasserts their privilege over issues of morality, such as women’s sexuality. On the contrary, his religiosity allows the clergyman to manoeuvre a (secular) career in addition to, and through promotion of, his self-acclaimed (very political) piety, rather than surrendering it towards some imagined secularisation. The author is correct – Islamists are rational and modern, especially when it comes to co-opting secular strategies and then subverting them towards Islamist ends.
If this is the kind of merger of piety and the secular that Iqtidar seems to be offering as the recipe for a “Pakistani”, culturally appropriate secularisation, then it is a seriously dangerous political project rather than a simple academic exercise. Her rider in the introduction to the book warns towards this in a sort of copout when she suggests that, “Islamist secularisation is likely to be extremely different from the products of secularisation in other contexts.” No kidding.
The abandonment and license with which diasporic academics flirt with such theories allows them to either ignore or elide over the rightwing and pietist subject’s politics, or indeed romanticise and indulge in cultural revisionism with no anxiety at all about the overlap of their project with the conservative agendas within natal contexts.
Academic license aside, I don’t think we can ignore how this bolsters local conservatism. If, indeed, scholarship is now in the business of rescuing rightwing agency, it should be honest enough to simultaneously break its silence on their political agendas/performance too. Especially the ones that actively reverse, viciously attack and consciously refute secular possibilities, resistance or even the questioning of Islamic interpretation, laws, modes or norms as the Islamists define them. Anti-secularism is the one thing that all competing strains of Islamists agree upon and concertedly act against, repeatedly.
Is it an honest academic proposal, then, to suggest that their “inner agency” will accidentally contribute to the political project of the secularisation of Pakistan?
The writer is a sociologist based in Karachi. Email: [email protected]