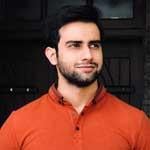 ISLAMABAD: The ‘missing’ black bear mystery has deepened as the Ministry of Climate Change and the IG Forest have categorically declined having any knowledge about the bear or its transfer to the Balkasar bear sanctuary.

The advisor to prime minister on climate change and the IG forest were unaware of the ‘missing’ black bear and its shifting to the sanctuary until this correspondent showed them documentary proof regarding the bear transportation.

Malik Amin Aslam, when questioned about the bear, said he was unaware of the transfer of any bear to Chakwal from Islamabad zoo. He also said that the sanctuary in Chakwal was working independently. However, according to Dr Fakhar, who heads the Balkasar bear sanctuary, said the sanctuary was overseen by the Ministry of Climate Change.

IG Forest Suleman Warraich also said that they had no knowledge of any bear sent to Balkasar sanctuary.

As the bear was handed over by the Metropolitan Corporation Islamabad (MCI) back in 2018, following an order of the Islamabad High Court, The News also contacted the CDA to know whether the department was probing the matter. Unfortunately, there was no response from the CDA despite repeated attempts.

Dr Fakhar was also asked by The News if he received any letter from the IG Forest about the ‘missing’ bear, but he did not respond.

Recently, this correspondent had reported that a black bear, which was caught from the national park of the capital, and was sent to Balkasar sanctuary in Chakwal, became a mystery as none could confirm about its existence.