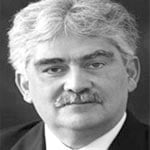 Moving beyond the ‘seth’

When it comes to economic policy in Pakistan, the refrain is ‘we must build our industry, we need more manufacturing!’

Just because Europe developed on manufacturing, and it was the early advice of development theory, most commentators still think manufacturing should be the foundation of our economy. The thought persists even though we are now living in a post-industrial digital age.

The vision gets even more bizarre when we go deeper into this idea. These commentators see us as perpetual followers, picking up crumbs from the feast of international trade that other countries are engaged in. Thus, one hears that China will move out of the light industry and we will relocate it to Pakistan. Will we always remain in the most basic of industries?

It seems we are still sitting in the era of early industrialization where manufacturing was owning machines and using labour to produce standardized products. Further development was an assembly line where again machines and cheap labour did the work but to produce standardized products. In both the models, the capitalist was merely making money on the ownership of machines.

The term ‘industrialist’ was therefore used for someone who owned machines. There was a romance associated with these absent landlords with machines and slave labour. But by the beginning of the 20th century and the rise of the corporation, and advanced marketing and management techniques, that model had become obsolete. Widely held companies like General Motors, Sears, General Electric and many others had already left the machine-owning capitalist of the 19th century way behind. Instead, modern production, product development and marketing were taking over under the guidance of a corporate elite.

In Pakistan, even today, a factory on acres of land set outside the city, devoid of product or brand development and any serious marketing is the norm. Spinning and early industrial activity remain a sign of a great ‘seth, and his power and prestige. So is a sugar mill, which is probably an early 19th-century industry.

We cherish these industrialists, often arguing for special privileges for them. The relationship of these industrialists and the government is very cosy. They offer much policy advice and are in constant contact with the power circles. In good times they keep all their profits and get tax exemptions; in bad times the government often subsidizes them. In other words, they have a government guarantee to win all the time.

The ‘seth’ with the machines’ model was obsolete in the late 19th century when companies started growing rapidly to develop a diverse product base and global reach. A professionally run firm with innovation, and research and development was strongly in place in the post-depression economy. At this time a host of new firms – franchising, pharmaceuticals, early computing and semiconductors – were regularly appearing.

At no time did these companies have a guarantee from the government to keep all profits and pass on the losses. For each successful company, many companies went out of business and declared bankruptcy and lost their capital. Competition and survival of the fittest prevailed.

These growing companies established local and global value chains. They established a complex business environment through innovation and entrepreneurship, all without government involvement.

The model of ‘seth with machines and state guarantees and protection’ never prevailed in Western countries. Manufacturing was momentarily important but never the desirable end of the policy. It happened as a part of technological development. It was soon overtaken by human ingenuity and innovation for product and market development to meet the myriad human needs.

In Pakistan, we are still stuck with the model of ‘seth with machines and state guarantees and protection’. This archaic model has hindered in producing large corporates with a diversified ownership, strong product base, research and development, professional corporate culture and a global presence.

The world has now gone digital and extremely mobile. Note that in the list of the world’s largest companies (see below) there is no manufacturing company and no ‘seth with machines and state guarantees and protection’. Apple and Microsoft both are not manufacturing companies but have physical products mostly produced through outsourcing in poor countries.

What is common among these companies is innovation, design and consistent pressure to improve in every way. In short, growth companies are R&D companies. From Amazon to Berkshire Hathaway, R&D and alacrity are important. There is no ‘seth with machines and state guarantees and protection’ in any of these companies. Nor do we hear of government guarantees or subsidies and bailouts like in Pakistan. Nor is there a frenzy to buy machines at a subsidy. Nor are they agitated by export orders or seeking protection.

Most important of all, the world’s largest and most successful companies are fully geared to meet consumer needs and continuously anticipate consumer demands. They are not randomly producing low-value products through an absentee mechanism for a distant buyer.

Pakistani policy needs to wake up to the reality of the growing world and reject the defunct model of the ‘seth with machines and state guarantees and protection’. We need more consumer and R&D-focused, and professionally run innovative companies that think beyond machines, protection and low valued products.

Dr Nadeem ul Haque is the vice-chancellor of PIDE.