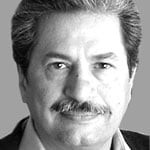 A robust debate has started in the media regarding the Single National Curriculum (SNC) – and that is a good thing. I cannot remember the last time so many people were talking and writing about education.

While discussing politics is our national pastime, and takes an inordinate space in our media, discussing and debating fundamental national issues gets more people involved and leads to a more informed decision-making. It is for this reason we placed the draft of the SNC on our website and have been greatly enlightened by the views expressed, however negative in some cases.

As an example of some changes that we in the Federal Ministry of Education have made to our plan since the debate started, I would like to quote two. It was our original plan to teach Math and Science in English besides of course teaching English as a subject. To discuss the language issue, we convened a national conference in which we invited eminent educationists. The overwhelming advice was that besides English, which should be taught as a language, all other subjects from grade 1 to 5 should be taught either in Urdu or in the mother language. We accordingly made changes and now the provinces have the option of choosing either Urdu as a medium of instruction or any other mother language.

This was the case too when it came to textbooks. Our original plan was that SNC implementation would also mean a single textbook on all subjects, bar any other, in every school. While we still think that the model textbooks being prepared collectively by the provinces and the federation best reflect the curriculum and should be compulsory, we have not put any bar on any school using additional material or text books. Of course, the textbooks prepared by independent publishers would need approval from the provincial governments to ensure that they adhere to the curriculum. These are just two examples and we will continue to request for more comments and suggestions since that would help us refine our attempt at a single national curriculum.

At this stage it would be appropriate to explain our fundamental precepts and respond to some of the criticism. The first question that needs an answer is: why a single national curriculum? Why not let the status quo prevail, do nothing basically, as many are comfortable with whatever segmentation exists in our education system? But this would be a cop out. The basic inequity in our education stares us in the face.

A small proportion of private schools with foreign certifications and a curriculum catering to it service the educational needs of the elite. The rest, whether low fee-paying private schools or government schools and madressahs, have different curricula and different certification teaching mostly in Urdu. This has divided the nation on class and income lines. Education provides the lens to see the world and it is not a surprise that the same phenomena are interpreted differently in our country depending on the kind of education received.

We have paid a heavy price for this disparity of perceptions. I am not saying that our internal conflicts, which have cost us so many lives, were only because of this but clearly different worldviews contributed to it. As a stark example I often say that if you put a child of a madressah and an elite school in the same room, they would have difficulty even talking to each other leave alone agreeing on issues. Their frame of reference, language, values, narratives would all be different and reflective of a deep fracture in our collective national psyche.

To some writers this diversity is good and should remain to show the polyglot nature of our polity. They use terms like ‘majoritarian religious nationalism’ being imposed by the state to decry the attempt at reducing divisions within society. This is effete intellectualism that does not take into account realities on the ground. As a nation divided by perceptual walls we are weaker and unable to come up to many challenges that confront us including poverty, hunger and disease. The SNC is no panacea for all the ills that beset the nation but it is at least the beginning of an attempt to reduce the ideational collisions that we have faced.

This is not all. Our divided system perpetuates class division as our social eco system and political economy rewards elite education. The working of our government including exams for induction into elite government jobs, all reward an elite education. This is also true of the corporate world, higher education and in judicial working. The vast majority that studies in non-elite schools have to work extra hard or be immensely talented to make it but still a vast majority is left behind. This is educational apartheid in its true sense.

The single national curriculum is an attempt to level the playing field somewhat. This does not mean reducing the higher standards of elite education but raising the level of all education and setting a uniform bar for everyone to move forward. It has been correctly pointed out that the disparities in our education system are not just because of the curriculum. The environment, the facilities, the teaching standards, and in many cases the home environment are fundamentally different. This is true. Making all schools somewhat equal is an impossible task.

But that does not mean that no attempt should be made to at least prescribe the same learning standards, benchmarks, and outcomes, in a common language, for all children. This would give everyone a somewhat equal opportunity – perfectly equal is impossible – to move forward whatever the income level/class. No reason why an attempt should not be made to reduce perceptual divisions to minimise conflict in society. A somewhat similar frame of reference may be an anathema in a nihilist world but a desirable state in most societies. No wonder national curricula are prescribed in almost every developed country. The list is endless but France, UK, most of Europe, China, Japan etc all have a national curriculum.

Our attempt at creating a single national curriculum has not been easy both technically and because of its complicated politics. Curriculum is a provincial subject after the 18th Amendment but we worked closely and in tandem with all provincial governments to come literally on the same page. We also created a national curriculum council that had all shades of public opinion to ensure the diversity of opinion available to us. On the technical side we studied many international curricula and also got feedback from Cambridge. We also had help from professionals of some major educational institutions of the country. The result we think is an outstanding curriculum for class 1 to 5, as good as any.

The writer is the federal minister for education.