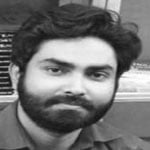 Language for the middle class

I want to begin by stating the assumption that this article assumes there is value in 'selling' socialism to the middle class in Pakistan. The reason the word selling is in quote marks is because my assumption extends towards the middle class not only having a serious role to play if progressive politics are to be visualized in a practical form, but also standing to gain from it directly or indirectly. Hence, the coercive or manipulative connotations associated with 'selling' here are redundant; the middle class needs to be sold the principles of socialism for their own good, making the whole endeavour authentic at a fundamental level.

Another assumption is that the word 'socialism' here is an umbrella term for any form of politics revolving around principles challenging the contradictions and inequalities implicit in capitalism as it exists today in Pakistan (certainly not in isolation from the global scenario). This is indeed a very loose definition and practical course can vary 180 degrees by narrowing down to one definition or the other, but I am tempted to assert that the first assumption of this article already narrows down the approaches to be taken significantly.

I would now like to abruptly begin to describe a form of uneasiness I have with the language in which capitalism is being taken on from various channels. The channels are obviously very varied, and the deficiencies in the language are accordingly of various forms, but they all share a similar outcome: indifference from the middle class that seems to be rather extreme if compared to other regions. There seem to be certain patterns observable in general which I would like to address, and open up questions rather than answers about how to make meaningful changes.

A major problem with the discourse at the activist level seems to be the focus on means of production with a very linear and narrow set of implications: basically financial inequality or low wages. The fact is that a substantial section of the working class, what to speak of the middle class, is actively or at least at a subconscious level, vying for stronger positions in the corporate ladder, however low they currently stand. Around them they see 'loyal' and 'hardworking' workers being rewarded and leading themselves into relatively respectable lives; the question about inequality to them thus becomes complicated and fraught with contradictions. The worker while foreseeing a path to some sort of management position, and the middle-class employee daydreaming about running his own company one day, questions the wisdom of a collective effort; the risks appear huge, the reward less probable.

The language of any form of meaningful struggle should relate the means of production to social subservience, experiences in government offices, experiences with law enforcement and a lack of voice in the system far more explicitly and fundamentally. A middle-class employee or a small trader is not immune to being moved from the knowledge that his/her experience as a citizen, which in Pakistan has an ever-present tinge of insecurity and isolation from power, is a direct result of how capital and power are related in this country. This could a long way in challenging the breadth and depth of the “corruption” lens that is all-powerful at the present.

For example, the case of disillusionment with law enforcement is ripe for dissection; and yet there is not a voice anywhere that can present some consistent and action-oriented analysis of how the physical space occupied by powerful politicians in their constituencies has linkage with their control over capital and how the process is cyclical; one feeds the other. The dominance of the civil-military binary in mainstream discussion (which is refreshingly beginning to be looked into with nuance) has meant that there has been little meaningful attack on how parliament itself has had been chiefly a path for members, and their less-fortunate competitors, to maintain their vice-like grip on capital and power. That the 'corruption' narrative, very coarse even for a mainstream one, has had such success is a complete failure on the part of the sane voices.

What is interesting is how the senior voices in electronic media conduct themselves on private channels; it would take only someone with personal affiliations to be able to say with surety which progressive voice actually stands for socialist principles. The voices are solely focused on a 'current affairs' mode of discourse (I would rather not speculate as to why as it is disrespectful to their own circumstances and their understanding of issues) and seem to be indistinguishable from the rest except when addressing some liberal-vs-conservative, and civilian supremacy/authoritarian state binaries.

That even progressive journalism is embedded in similar contradictions as the system overall is understood, but somewhere the cycle must be broken. Senior television 'analysts' (even some anchors), in many cases, are virtually their own agents, and are capable of shifting discourse almost single-handedly as is evidenced by many viral trends on social media. Speaking in the language of the people if combined with incisive strikes on the roots of the system could be very potent, and the reach potentially limitless. Having said that, hope presents itself in the form of new, young faces surreptitiously beginning to occupy a little bit of space in electronic media, and slowly clawing their way into social media as well.

For obvious reasons, it’s the young, progressive faces that have a greater potential to develop a language appropriate for the times; and as an optimistic supporter of their recent endeavors, it’s them I ask to examine how their communication can benefit from clarity with regard to a fundamental message about how the capital’s grip on power pervades all collective problems middle-class seems to be very 'sensitive' about these days. From police brutality to the extortive practices of revenue authorities, the linkage to centers of power can be perhaps more explicitly formed.

Speaking of revenue authorities, the recent unrest, and if I may say so, the movement led by the traders has been virtually untapped and not meaningfully made sense of by important progressive voices. The documentation drive by the government, while commendable in many ways, escapes scrutiny by virtually every set of organized voices except the traders themselves who are usually represented by big stakeholders and whose approach is obviously that of pragmatism. Therefore, the debates continue to center around technicalities, and morals of those in power.

It stands to reason that there isn’t an existing representation of socialist voices in the middle class waiting to be merely ignited; they need to be created by virtue of an effective message. Again, some wonderful engagement with students is being carried out by young progressives who seem to connect with the former’s distress on an intuitive level; the language at the events under such initiative is inclusive, 'awami' and also, importantly, optimistic and empowering.

With time, I foresee conversations of the nature I have discussed happening through these very sources of activism. The intent behind this admittedly very subjective article is to help advance the case for an eventually instinctive understanding of the contradictions that directly affect the middle class. The extent to which this is central to a definite project against inequality in all forms is for intellectuals and activists to debate; the message is that the ideas being discussed need to be better formulated and presented.

The writer is a poet and anoccasional activist.