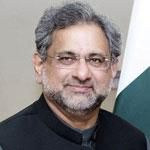 Why didn’t I do it!: Ask me once I quit politics

I am breaking a promise that I had made to myself three decades back; that parliamentarians, exercising their privilege, should speak only on the floor of the House and not through newspaper columns. Unfortunately, our current Custodian of the House, whose primary responsibility is to ensure presence in the Parliament for Members, has taken it upon himself to arbitrarily deny me the right to represent my constituents; hence this attempt at articulating my views on a critical issue.

This is an exceptionally hard-working government, it does not rest even on the seventh day; every week one can see pictures in the newspapers on Sunday and Monday of the same group of multi-talented women and men burning the weekend oil to resolve issues of national importance ranging from eggs to goats, from jail reform to poverty alleviation, from polio to dengue, and from Afghanistan to Kashmir, followed by tweets and press releases about the issues that have been consigned to the resolved basket for ever. Every week brings new challenges, some that we did not even know existed, and the multi-tasking group soldiers on.

The last year has been an educational experience for me, as I think it has been for more patriotic Pakistanis too. Since we delegated management of our economy to the IMF, we have the luxury of time to look for what ails our country. We found that the root cause of all our ills, no surprise there, is corruption; we also found that corruption in Pakistan has only existed since March 2008, and is notoriously hard and time-consuming to find.

Related: Shahid Abbasi forgets walls have ears, they speak too!

Every challenge brings an opportunity; so while we continue with our crusade against corruption, we now have the time to look for other ills afflicting the country especially ones that could offer a quick fix leading to more tweets and press releases. We have discovered that austerity doesn’t work too well, it ends up costing more than one saves; reform is not fashionable anymore, especially if you don’t know what to reform; messing around with the 18th Amendment and the NFC Award is, well, messy; and dabbling with our favorite last resort solution of converting to a Presidential system, despite having unsuccessfully experimented with it for over 40 years, is messier.

That basically leaves us with the State-Owned Enterprises (SOE) — the disease that is like your mother-in-law, necessary, not fatal but all-consuming. SOE is a chronic disease; if you pick up any newspaper over the last 35 odd years you will find a reference to a SOE and how a group of patriotic, faceless, multi-talented, and multi-tasking women and men burning the midnight oil have met and resolved to root it out, ridding the nation of this evil. But, strangely enough, SOE continue to persist.

What is SOE; you may ask. A very valid question since we tend to forget that most of the SOE have been rooted out over the years; if you leave the loose change at home, you are left with 4 visible SOE symptoms today - the Power System, the Airlines, the Railways, and the Steel Mills. All 4 of these have at one time or another been considered a national security concern, today only the losses they generate are a national security issue.

In real terms, the SOE burden us with a loss of about Rs500 Billion every year, more than the total expenditure on the running of the federal government, and equivalent to about $ 3 Billion now since we successfully revalued the Rupee; and just about equal to the $ 6 Billion that we may get from the IMF over two years. Rs. 500 Billion is less than the amount by which Debt Servicing will increase this year after our successful implementation of the structural reforms, especially the interest rate hike which is guaranteed to provide growth and jobs.

Our quest for tweets and press releases needs solutions to project; unfortunately for the patriotic, multi-tasking group, solutions can come only if you know the problems. Defining the SOE problems is something that has somehow evaded us, and is compounded by the fact that both the problem definitions and the associated solutions are dynamic. At one time we had a one-solution-fit-all approach and it kind of worked; privatize; it perhaps still works but has somehow eluded us.

Take the Power System; home of the dreaded Circular Debt. Ordinarily, to me at least, Circular Debt would mean that A has to pay B, B has to pay C, C has to collect from D; at some point in time D would pay C, C would pay B, and B would pay A. It is circular, there would be a time delay but everybody would go home happy. This is not the case with our Power System, our Circular Debt is a pure Loss. Simply put, the DISCOS receive power worth Rs. X but they only pay PEPCO/NTDC/CPP or whoever Currently Owns Power Rs. X — Y; thus, Y is the Circular Debt or Loss that occurs, which the Government has to pay from its pocket. Currently we are happy to lose about Rs. 1 Billion every day to the so-called Circular Debt; part of which is provided for in the Budget and the rest, exceeding Rs 1 Trillion, is parked up and down the power and petroleum sectors.

The only solution to the Circular Debt is Privatization; the DISCOS, all of which are multi-billion $ corporate entities, do not have the managerial capacity, technical expertise, or financial strength to run as efficient utility services and their issues are further compounded by Government interference, NEPRA capacity, applicability of PPRA Rules and exposure to the benefits of NAB and other similar efficiency generators.

But this is not simple privatization; we are looking at critical utilities operating as monopoly concessions. Development of an effective, supportive, and innovative regulatory environment is the key; the current NEPRA regulatory regime does not provide that environment. The KESC experience can serve as model of what to do; or maybe what not to do.

Airlines in the public sector used to be a grand national hobby in the good old days of elite travel, monopoly environments, low costs and high yields. Great advertising tool for new nations as the colonial powers receded; fly the flag all over the world, make a nominal profit, and everybody have a good time. Then came the twin evils - competition and deregulation, making airlines the most competitive business in the world; operating margins declined to a level that the highly leveraged airline industry has, in its 100-year life, lost more money than it has earned.

Our national airline is no exception, plus it has all the operating liabilities of a public-sector company very similar to the DISCOS; it will lose money, guaranteed. So, if we can afford Rs. 40 Billion or so every year, happy flying; if not, privatize it even for Rs. 1 and earn at least Rs. 40 Billion every year that can be used on less exciting things like poverty alleviation.

Trains are the most efficient mode of transport, by far. Imagine the United Kingdom without trains; now imagine a 1,500-km longitudinal country with over 160 Million people living on one railway line, and no trains. Our trains lose more than Rs. 40 Billion every year; strangely enough the same as the airlines. If we continue with our ill-planned railway modernization, we will lose over Rs. 100 Billion every year or perhaps closer to Rs. 150 Billion if the Rupee devalues further as expected; all without ever having a modern railway system. Again, it has the same 3 ills as the DISCOS – lack of managerial capacity, technical expertise, and financial strength, compounded by the other operational constraints of public ownership. Please check if British Rail operates any trains and you will have the answer to our railway dilemma.

The Steel Mills is simply uneconomic; the only solution is to scrap it. Take care of the employees because we do not have a social security net and they rightfully had expectation of lifetime employment. The employees cost about Rs 5 Billion a year; they can keep getting paid, as they are now, till they retire or they can be compensated with land based on salary level and length of service.

The Steel Mills land, which unfortunately has multiple claimants, can serve national economic security; it is probably the best land in Pakistan, with developed infrastructure and direct port access, for immediate use as an industrial zone under CPEC.

This is not an attempt at simplistic solutions, it is merely a synopsis of the SOE issue; find your own solutions over a long weekend. SOE provide the quickest fix, and will allow generation of the largest number of tweets and press releases, maybe even some inaugurations.

To the natural question to be asked of me, why didn’t you do it when you were in power; I would simply say, ask me after I retire from politics.

The writer is  former prime minister of Pakistan