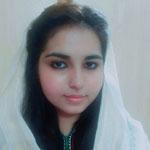 Nature does amazing things for us without us knowing it. The natural equilibrium and planetary boundary-limits within which human societies cannot sustain themselves have been breached and we, the humans, have already surpassed the metabolism rift of planet earth.

There is a consensus view within the scientific community that disasters can only be avoided if humans adopt scientific outlook and solutions to the challenges. This is a reductionist approach, which is to promote a particular function. Here, everything has an exchange value -- a bottom line which tells what happens next.

While moving towards the developed world, the sense of looming catastrophe is growing stronger by the day. Rapid research from scientists and reports from think tanks are urging us to declare a climate emergency. As the climate-related challenges deepen, scientists are trying to save the planet with the help of technological innovations.

I believe sustainable development goals can be achieved with the help of the right technology. This advancement in technology, however, can also fuel unsustainable trends. It is important to understand the mechanism underlying technological change. Besides this, it is more important to consider all the factors in the diffusion of environment-friendly technology.

We have witnessed that technology brings about changes in the organizational structure of society. Relevant and viable environmental problems call for the mastery of technology as climate challenge is so intricate with unavoidable connections with society.

Although technology has played a vital role in environmental management, the relationship between environment and technology remains indirect and diffused. It promotes the division of nature with homogenous degradation. Moreover, technology is not mere accumulation of knowledge. It also represents the transformation of science into social and economic capital. For instance, the green revolution driven by the agribusiness was the commodification of seed production. While some scientists said this was the flagship innovation of the twentieth century, it deprived small farmers of their basic rights.

And, while technological history also offers some sense of optimism, again technology alone cannot save the planet. Major technological transformations can take 10 to 30 years. After the landmark climate treaty, first signed in 1992, we have already lost considerable time. If nations had taken some concrete steps to reduce greenhouse gas emissions by then, we could have transformed our energy systems meaningfully by now.

Many of us think that in earlier times it was very easy to introduce technology with immediate benefits for consumers and profits for corporates. This is because those technologies are now actually integrated into our daily lives. Certainly, that was not the case. For instance, when the radio was first invented, it had no use for ordinary people until programming was introduced. This means that sponsors were needed to contribute to the advertising of the mass media.

Furthermore, technological demand has never been spontaneous. Demand has to be developed supported by the required change in public policy. The government’s support is essential in this whole process. For example, many states stimulated renewable energy production and cut down a considerable amount of greenhouse gas emissions.

Some of us think that if we focus on technology, we can somehow avoid the messiness of politics and prejudice. But we won’t get the energy technologies we need and the systems to make them work, in the time we need them if we don’t have the government policies to make them a reality. We need to adjust our expectations. I am very sure about one thing: a better future cannot be attained with just a belief in the safety of scientifically designed environmental limits. Technology does not, cannot and should not offer all the answers.

There is no doubt that scientifically informed decisions will, no doubt, create better outcomes for the planet but this is also true that no amount of scientific evidence and innovative technology can solve the social and environmental compromises which are essential to meet the ambitions of dynamic humanity. For this and many other reasons, it would not be wise to make scientific narrations central to the decision-making process. Rather, focusing on combined opportunities with collective betterment will definitely deliver consensus.

No one wants a hotter and polluted planet. However, most people also need a modern lifestyle with cheaper industrial production. Remember if it is cheaper, it is at the cost of more carbon emissions. There is no limit on the technological industrial production needed to serve the lifestyle of even nine billion people by harming even less environment that we are doing today. But redesigning our energy systems to be carbon neutral and using resources sustainably would be extremely costly and will benefit the wealthy bracket only.

If we truly want to engage productively, we need to focus on effective strategies that can create a diverse social world together. The greatest challenge is to tap the potential we have to make this planet better collectively. It is all about sharing fairly and equally.

The writer is an environmentalist.