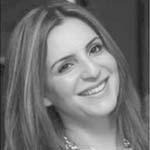 Around mid-April 2019, #extinctionrebellion made headlines globally and for all the right reasons by organizing demonstrations and sit-ins across London to highlight climate breakdown. This acted as a catalyst to rally support worldwide around a common cause of urgency to tackle the devastating impacts of climate change.

Established in May 2018 in the United Kingdom by a group of dedicated academics, extinction rebellion is a socio-political movement that considers climate change as an existential crisis and uses non-violent resistance to raise a voice and stage worldwide protests against climate change, loss of biodiversity, ecological collapse, and the immense risk to human survival.

As a part of their manifesto, extinction rebellion demands that governments should tell the truth about the climate crisis to their citizens. Alongside that, the governments must enact legally binding policy measures to reduce their carbon emissions as well as reduce consumption levels. Extinction rebellion holds at its core the belief that a national citizens assembly should be formulated to oversee these changes, as part of a thriving and all-inclusive democracy.

Pakistan has been listed among the top 10 most vulnerable countries to the impacts of climate change. The risks it faces are further compounded by food insecurity and malnutrition. It has faced more than 150 incidents relating to changing weather patterns in the past decade or so. The mega flood of 2010 caused losses of approximately $384 million and displaced 10 percent of the population. Heatwaves, which have been increasing in number and intensity, have resulted in loss of precious lives as well as burdened the fragile health system.

According to a preliminary report by the National Disaster Management Authority, earlier in April, torrential downpours resulted in a death toll of 39 leaving 135 people injured across the country. Unseasonal heavy rains resulted in damaging 150,000 tons of wheat in Punjab. Warnings about heatwaves in Karachi and Lahore are being issued.

In this regard, protests and movements like extinction rebellion are important to bring issues like climate change to the fore, and make governments pay heed to the impending disaster, while also building a momentum against a system that puts short-term economic goals ahead of human life.

The scientific facts are irrefutable and incontrovertible that climate change is a reality and that our future generations will have to face the brunt of an unprecedented disaster that is man made.

It is high time the citizens of Pakistan woke up and realized that the problem is at their very own doorsteps. We should be part of such protests and movements and demand transparency of projects, especially when controversies like “ 90 percent of the trees are missing in the billion-tree tsunami” are being heard. We should demand for a leadership role by our government and policymakers when it comes to formulating climate change policies, and not feed common people tired clichés such as rainfall is God’s way of blessing a nation that is ruled by honest and just people. Our climate change minister requires a crash course in climate change in order to fully comprehend the enormity of the situation.

It is the duty of the government and the policymakers to dispense climate justice to the vulnerable segments of society and as such it is the moral obligation of every citizen to join hands and demand justice. When a government purposely abrogates its responsibility to protect its citizens from harm and provide them a safe environment to thrive and secure a future for the coming generations, it has failed in its most fundamental duty of stewardship.

On Wednesday, May 1 this year, as a result of the wave of protests launched by extinction rebellion, the UK parliament made a symbolic move of declaring an environment and climate emergency. This goes to show that, though choices made by individuals are important, we all need to work together for a systemic change that will make a difference. Taking a note from this, a lot more needs to be done by the citizens of Pakistan in order to demand climate justice, even if it means taking matters out on the streets.

The writer is a freelance consultant working in the area of environment and health.