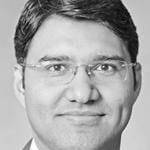 Access to justice remains an elusive concept for most citizens of Pakistan. The new government, as part of its 100-day agenda, has announced various legislative amendments to improve the justice system in the country and the opposition parties will hopefully support the law reform objectives without political point-scoring.

A comprehensive legal reforms package is required for much-needed improvements in the civil and criminal legal procedure and to remove irrelevant and outdated legal provisions. However, there are many steps that can be taken without extensive legislative debate and which can improve the situation in a short span of time.

For example, the Peshawar High Court has introduced a Judicial Reforms Strategy for 2018-22. The 244-page strategy document lists in detail the operational, legislative and technology related steps required to be undertaken to improve the judicial system and access to justice in the province. Many of the recommendations contained in this document can be replicated in other provinces as well.

Similarly, the Lahore High Court introduced a Case & Court Management Handbook for the Punjab District Judiciary in 2017. The 74-page handbook, prepared under the guidance of the then chief justice of the Lahore High Court, Justice Mansoor Ali Shah, provides a very useful plan for faster disposal of cases in the province and the introduction of model courts, ADR centres and specialised courts in the province. The judiciary should be supported for the implementation of the recommendations included in this document and assessment should be undertaken for their possible implementation in other provinces.

At the national level, a National Judicial Policy was introduced in 2009 and further revised in 2012. The policy provides many key recommendations (within the confines of the existing laws), which can improve the judicial system dramatically if implemented properly. It is important that the government and judiciary work together to achieve the proper implementation of the 50-page National Judicial Policy. The superior judiciary, the Law and Justice Commission of Pakistan, and the National Judicial (Policy Making) Committee, and not the government, will have to drive and monitor the implementation of the action points and accordingly should be accountable to the nation for progress or the lack thereof in this respect.

Moreover, the introduction of alternative dispute resolution (ADR) processes has proved to be very successful across the world and reduced the burden on the judiciary in countries that have been quick to adopt ADR as a means of dispute resolution.

The term ‘ADR’ is gaining currency in Pakistan and many members of the superior judiciary, including the current chief justice of Pakistan, are now strong proponents of ADR. The National Judicial Policy and the Punjab and KP strategy documents all include references to ADR processes for improving access to justice. In Punjab, since 2017, ADR centres have been introduced at the district judiciary level in all districts of the province. Punjab’s success with the ADR centres in each district should be replicated across Pakistan and the number and scope of ADR centres in Punjab should also be increased.

Similarly, the process of establishing criminal and then civil model courts, initiated in four districts of Punjab in 2017, should be supported and replicated across Pakistan. We have experimented with model police stations and so on, and there is now a need to develop centres of excellence at the lower judiciary level to improve working conditions for judges and lawyers, and provide a more conducive environment for those seeking justice.

In the past, we have experimented with special courts for banking, labour, consumer protection and anti-narcotics. Now there is a need to establish specialised courts for routine legal matters at the district judiciary level to increase the efficiency with which cases can be disposed. Specialisation is now common among lawyers and there is no reason why the same shouldn’t be the case for the judges.

Accordingly, existing judges should be assigned cases based on categorisations (ie, rent cases, environment related cases, cases against government departments and land-related matters). Hence, the more frequent types of cases should be heard by specialist judges who are experienced in such matters. The judges should receive training in their specialist areas as well on a continuing basis.

The Federal Judicial Academy and the provincial judicial academies have been doing tremendous work during the last few years and need to be further upgraded and strengthened. Special courts have already been introduced in some districts of Punjab and should be introduced across Pakistan.

Pakistan also needs to set up centres for commercial arbitration as well as mediation. Some efforts have been made in this respect by local chambers of commerce, the stock exchange and by some individual practitioners. However, a more structured effort is required to mainstream the use of arbitration and mediation as a dispute resolution mechanism. This will require legislative amendments in order to introduce mandatory mediation and/or arbitration in certain situations as well as the training of lawyers to act as mediators and arbitrators.

One of the key issues regarding access to justice is not linked to the government or the judiciary but rather to the legal fraternity itself. The bar associations need to be depoliticised and should serve as disciplinary bodies and focus on continuing professional development instead of just being used as political platforms for certain groups. In the short run, the existing disciplinary processes at the bar associations should be strengthened to ensure effective and efficient action against those maligning the reputation of the profession through rowdy behaviour, fake degrees or corrupt practices.

Pakistan is an early adopter of the concept of ombudsperson/Mohtasib offices with such statutory offices hearing and resolving tens of thousands of complaints every year against administrative bodies, insurance and banking companies and harassment at the workplace. The grievance-redressal services offered by these offices should be publicised in order to reduce burden on the judiciary and further utilise these offices.

Finally, it is crucial that technology is used extensively to increase transparency in the judicial system, reduce human intervention in matters such as fixing cases before judges and for tracking case progress through the entire litigation cycle.

These are some examples of actions that can be taken without much legislative action and for which precedents already exist in parts of the country. We shouldn’t expect miracles overnight, but the government and judiciary can definitely achieve some quick wins and enhance the public’s confidence in the justice system by pursuing the above-mentioned recommendations.

The writer is an international lawyer and the founder of Courting the Law.