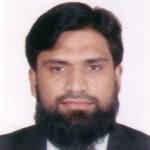 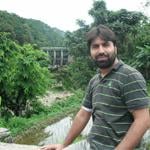 How a country that once had surplus water resources became water-scarce is a disappointing tale. This happened due to negligence, poor planning, lack of political will, population bulge, urbanisation and the impacts of climate change.

This well explains the reasons behind the collective failure of the nation to foresee and manage these risks timely and efficiently. While per capita availability in the 1950s was approximately 5,000 cubic metres per annum, it has now declined to below 1,000 cubic metres, which is the threshold of water scarcity as defined by Falkenmark’s water stress indicator.

The national water policy of Pakistan was long overdue to respond to the challenges of population growth, urbanisation and climate change, among others. The policy was expected to address these challenges with the help of applicable and sustainable, solution-oriented frameworks. Undoubtedly a landmark document, the policy does not essentially see Pakistan’s water challenges through the lens of climate change. Nevertheless, for all the federating units to reach a consensus on such a contentious subject after more than 10 years came as good news for a country rarely known for such events.

The policy has been described by water gurus as a great political achievement, though it faces a major implementation challenge. It offers opportunities for provinces to define and prioritise their own goals. Now that the provinces have greater autonomy – after the 18th Amendment – the implementation of the policy depends on the willingness of provincial governments to resolve their water woes. In a sense, it incites a competition between the provinces – whichever one of them manages its water more efficiently gains greater political and economic advantage.

It also offers opportunities for the private-sector, unlike in the past when they had none or little involvement in water projects. On the same lines as independent power producers (IPPs), private firms can also develop or enter joint ventures with the government to plan and execute water projects, such as drinking water and sanitation (listed as top priority in the policy) and inland navigation and dams.

Inland navigation on the Indus basin can be established throughout the country for tourism, sports and entertainment purposes. It can also be used for transporting goods through ships and ferries from the north of the country to the south.

According to some international transboundary experts, Pakistan and Afghanistan can reap huge benefits if they agree on a benefit-sharing strategy in the Kabul River basin. Unfortunately, the policy has nothing of the sort and just accommodates water issues with India without mentioning its name, and lists the threats the arch-rival poses to our water security.

The hurdles that might hinder the implementation and desired outcome of the policy also need to be identified and managed beforehand. For example, the policy has failed to clearly define the restructuring of water economy and raising the Abiana and domestic water prices, so as to reflect the actual water costs. Another anomaly is that the policy recommends lining of the canals used for flood irrigation and at the same time intends to introduce more efficient irrigation techniques like sprinkler and drip irrigations.

While these new technologies can offer opportunities for companies and private-sector entities to help develop modernised farms, the lining of canals is a conventional measure that fills the pockets of a known group of people and does not significantly improve water-saving and management issues.

Before trying to implement the policy measures related to revenue collection, especially by raising the Abiana, a strong awareness campaign needs to be launched, at both national and provincial levels, by making effective use of local religious figures and community elders to avoid any large-scale resistance to the new regulations.

Building reservoirs and producing clean energy, which seems to be the highest priority, will offer green investment opportunities for the national and international financing institutions. However, mega structures such as the Diamer-Bhasha Dam could have serious environmental implications through the displacement and resettlement of the locals and shocks to the existing ecosystem.

On the other hand, the dam may help in releasing water below Kotri, during the low-flow season, helping the already degraded Indus Delta mainly through the reduced freshwater supply that allows sea-water intrusion. All these examples of trade-offs in different policy interventions require integrated frameworks to achieve goals that have minimum adverse effects.

Learning from the hardships faced in implementing the National Climate Change Policy, 2012, the implementation plan of the water policy should first focus on developing provincial water policies in line with the national document. In the next step, relevant sectoral policies (both national and provincial) should be reviewed and subsequently revised to supplement the proper implementation of the policy.

It is extremely important that the policy leads to an aggressive implementation of the framework, is backed by political will and helps address the water-scarcity crises that we as a nation are grappling with.

The writers are researchers at the Global Change Impact Studies Centre, Islamabad.