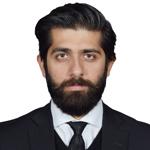 Chief Justice Mian Saqib Nisar, in his judgment on the amendments made in the Election Act, 2017, has further elucidated the ‘general scheme’ of our constitution and explained how the Islamic principles contained therein require that the “representatives of the people” who exercise the authority delegated to the state by Allah ought to be ‘sadiq’ and ‘ameen’.

This is the latest opinion in a string of cases coming out of the Supreme Court through which the contours of this constitutional morality has so far been defined – the Panama leaks and Imran Khan/Jahangir Tareen cases being the other links.

The CJP has explained that Article 2 of the constitution, which states that Islam is to be the state religion; Article 2A, which elaborates the divine source of state authority and its limits; Article 227, which requires all laws to be in conformity with Islamic injunctions; and the constitutional mandate of the Federal Shariat Court, indicate that the ‘general scheme’ of our constitution is based on the Islamic principles of morality and righteousness.

It is in this backdrop that the often-discussed provisions of Article 62 and Article 63, according to the CJP, are to be interpreted. Of course, this is not spelt out in express terms in the constitution. Instead, this is what the present court believes is implied by the structure of the document. As a result, the requirement that parliamentarians ought to be ‘sadiq’ and ‘ameen’ is to be understood in terms of the religious guidance relating to the subject.

There is no doubt that these are admirable objectives to strive for. Given the extent and nature of corruption and malpractices that the country is plagued with, the rule that determines whether lawmakers are ‘sadiq’ and ‘ameen’ can, perhaps, bring the country out of the chaos that it so often finds itself at the epicentre of. However, morality, owing to its subjective and personal nature, does not lend itself readily to the objective process of interpreting the law. My idea of morality might not be the same as yours. In fact, my current idea of morality might not be the same as any that I might hold in the future. And if morality is to be understood in terms of religious guidance, the existence of multiple sects and the disagreements among them in specific matters does not help bring any semblance of certainty into the application of the law.

This is hardly a radical observation. In his opinion in the Panama case, Justice Asif Saeed Khosa noted that he has already expressed in a previous judgment that Article 62(1)(f) – which requires that member of parliament be “sagacious, righteous, non-profilgate, honest and ameen” – is not good law due to its ambiguous terminology, and has also asked parliament to amend it. He then stated that since the law still remains in law books, he must apply it as it is. It may be recalled that he opined that Nawaz Sharif was unqualified to be a member of parliament.

Why is it, then, that the law has not yet been amended? This may, perhaps, be because it lends itself comfortably to the game of politics. A minor legal misunderstanding, as Imran Khan likes to believe, about whether a property held by a politician’s children – of which this politician also derives benefit – is to be declared as the politician’s asset in his/her nomination papers, may lead to disqualification. It is a double-edged sword that can be used with spectacular effect – that is, if it is used successfully. The fact that Imran Khan also believes that a misunderstanding about whether or not to declare a salary that Nawaz Sharif did not intend to withdraw warrants disqualification, is evidence of the provision’s political utility.

It may also be purely out of a concern around the optics. How would it look if parliament decides to change a law that requires its members to be ‘sadiq’ and ‘ameen’? Not many understand the legal infirmity in deciding who can represent the people based on subjective parameters. The public furore that would result from such an amendment would be understandable. “How can our rulers decide that they no longer have to be ‘sadiq’ and ‘ameen’?”

The provision, however, must be amended. As it stands, it serves no useful purpose. We have been unable to ensure its enforcement in the decades that it has survived in our constitution. We are unlikely to be able to enforce it in an objective manner in the future as well. Morality is not a subject that can be measured against an objective yardstick and is, therefore, an improper basis of qualification or disqualification – especially if the final arbiters of any dispute involving its proper measurement are to be a group of unelected judges who may or may not have their pulse on the zeitgeist.

Doing so will not fill our legislative bodies with crooks and delinquents. What the constitution, expressly rather than impliedly, espouses is that Pakistan is a parliamentary democracy. The power to shape parliament and decide its membership lies with the people of Pakistan. The people of Pakistan must be allowed to decide who is moral enough to represent them in parliament. Only they can collectively define our national morality. That the political parties of those who have been adjudged to be immoral have won several elections is a testament to this fact. We should, perhaps, have greater faith in the democratic process that is expressly provided for in our constitution.

The writer holds a Master’s degree in law from Georgetown University.