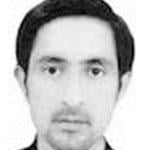 A matter of inclusion

Pakistan is striving to minimise the stakes by broadly sharing the gains of economic prosperity and is trying to bring down the poverty level for its 207.8 million-strong population.

But reaching economic heights demands efforts to encourage inclusive growth. Pakistan’s programme of inclusive and sustainable growth for Vision 2025 runs parallel to the pillars two, three, five, six and seven of the vision. The vision sidesteps the most important dimension: minimising informal economy and enhancing the process of inclusive growth.

It is a positive sign that Pakistan’s position in the Inclusive Development Index, released by the World Economic Forum (WEF) on January 22, 2018, has improved from 52nd in 2017 to 47th this year. The major components of inclusive index include “living standards, environmental sustainability and the protection of future generations from further indebtedness”.

In relation to its own historical record, the current economic performance of Pakistan, measured by the growth of its GDP, is the highest in 10 years. Despite this positive trend in the economy, there are some hidden ills which, if not healed properly, will weaken future growth. The informal economy, in this context, could be the major contributing factor holding back the progress of inclusive growth.

According to the economic survey of Pakistan, the total labour force increased from 59.74 million in fiscal year 2012-13 to 61.04 million in fiscal year 2014-15. A growth rate of 2.2 percent per annum was registered. During the same period, the growth in the percentage of non-agriculture workers in the formal sector was only one percent –from 26.4 in fiscal year 2012-13 to 27.4 in fiscal year 2014-15. The State Bank of Pakistan’s document on economic growth reveals that Pakistan’s employment elasticity varies between 0.11 and 0.37. This suggests that a one percent growth in the GDP would generate jobs for at most 40 percent of the labour force. If we assume that an even higher employment elasticity of 0.4 percent is achieved, the GDP would have to grow at a rate of seven percent to absorb the growing labour force.

This low growth rate of jobs in the formal sector coupled with low employment elasticity, despite a steady growth in GDP, is not sufficient for the country’s increasing labour force. Pakistan needs to create over two million jobs over the next decade to absorb new workers entering the labour market. Where a formal economy has the least capacity to absorb such a huge labour force, most of the new workforce results in getting absorbed in the informal sector.

According to the economic survey of Pakistan, the informal sector comprises about 73 percent of the total non-agricultural sector employment. Higher wages; access to social services, such as health and education; stable jobs and access to the markets of credit for the expansion of businesses are some main advantages of the formal sector. According to the State Bank of Pakistan’s survey titled ‘Informal labour markets in Pakistan’, conducted in Sindh and Punjab, 47.6 percent of the informal sector companies pay below the minimum wage; this percentage is 17.5 for the formal sector. Due to insecure jobs, characterised by contractual employment and the irregular payment of wages, labourers of the informal sector are stuck in a cycle of low productivity.

Because of the temporary and interchangeable nature of work in the informal sector, employers hesitate to invest in skills improvement programmes for the employees. The informal sector is characterised by exclusive rather than inclusive growth because workers are not equipped with the requisite skills that enhance production and improve their living standard. The productivity and growth of workers at the very elementary level is a prerequisite for inclusive economic growth. Owing to more than 70 percent of Pakistan’s labour force being attached with the informal sector, Pakistan’s economy is not performing at its true potential.

CPEC is hoped to transform the growth programmes through the labour market. But the large-scale employment that CPEC investment is likely to generate will not lessen the size of the country’s informal economy. This is so because labour that is employed in CPEC project is regulated by domestic labour laws, which are poorly implemented. Our labour also does not have the skills to meet CPEC’s required high productivity rate. Employers and contractors do not seem enthusiastic enough to educate unskilled workers. The prospect of our education level improving is also not bright – as is evident from our literacy rate that remained stagnant at 58 percent in 2017 and the decline in our gross enrolment rate by three percent.

Pakistan needs to move its workers from low-productivity to high-productivity sectors where their rewards are high. This kind of transformation of the economy will help the poor break through the vicious circle of poverty, and will include more vulnerable segments of society into the growth process. This move will enable millions of Pakistani workers to work to their true potential and avail the best work opportunities.

The tough formalisation of the informal businesses is a strategy of correcting the job market. But formalisation requires registration, authorisation and the subsequent regular payment of tax. The informal workers will accept transformation only if they are capable of getting commercial contracts, they are given tax waivers and concessions to increase their competitiveness, are allowed to become members of labour associations and trade unions and have the right to use government’s incentives.

To make a policy framework that aims to create an inclusive job market and formalise informal enterprises so as to promote inclusive growth, some points needs to be considered.

First, informal enterprises need to be legallly protected. In this regard, three types of legal rights of the underprivileged need to be ensured – as stated by the UN Commission on Legal Empowerment – that of property, business and labour. Through these rights, the informal labour will realise the economic value of their assets. A better working environment, additional benefits, access to financial markets and justice system also need to be guaranteed to the workers.

Second, we must remove the barriers that keep informal workers from entering the formal sector. What restrains informal workers from entering the formal business sector is a lack of education and corporate networking. This gap can be bridged by providing on-job training to employees from low-income households. They should also be given on-field exposure to the working system. This process will make the formal sector more inclusive and primarily benefit the marginalised segments of society.

The implementation of this integrated policy framework requires the coordination of relevant departments at the federal, provincial and local levels. In order to create decent jobs in the formal sector, there is a dire need to implement the national employment policy framework in letter and spirit.

The writer is a researcher at the Sustainable Development Policy Institute Islamabad.