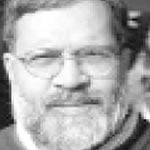 KARACHI: The All Pakistan Newspapers Society (APNS) has expressed its grave concern on the sudden closure of TV channels and their transmissions on the arbitrary order of Pemra and demanded immediate restoration of TV channels.

Sarmad Ali, President and Umer Mujib Shami, Secretary General of the All Pakistan Newspapers Society, in a joint statement, have strongly condemned the Pemra for ordering the closure of TV channels to prevent live coverage of police action against the Faizabad Dharna. They stated that the objective could have been achieved, if the stakeholders were duly consulted.

They further said that the sudden and arbitrary action has caused grave confusion and flow of rumours among people exploited by vested interest, which has resulted in the deterioration of the law and order situation all over the country.

The APNS office bearers have stated that any curb on the freedom of press has always been counterproductive in any democratic dispensation. They urged upon the federal government to immediately withdraw the Pemra’s action and consult the stakeholders for the guiding measures on the coverage of the operation.

According to a statement, CPNE President Zia Shahid and General Secretary Ejazul Haq expressed serious concern over the order, and demanded that the government should immediately restore the broadcast. They noted that the suspension of broadcast was curbing the citizens’ right to information, and was also causing confusion and panic among the masses.