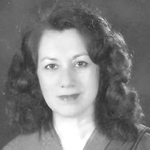 Democracy: rule by the people, for the people and of the people. Music for the ears, these golden words. All countries that follow a democratic system act superior to other less fortunate nations. Democracy is like a chip on their shoulders. Always on a moral high-ground, they look down a trifle disdainfully on others, wagging admonishing fingers at them.

The system in the US has brought up two unpopular candidates who can do nothing better than throw muck at each other. How come people of the credentials of Donald Trump can even make it to a position where he can stand for the office of the president of the United Stated of America?

Whatever happened to the image always spun by the media that the American president, who also happened to be by default the man ruling the world, was a suave, sophisticated, intelligent man, sitting in the Oval Office, worrying about the global matters plaguing the world?

People are wondering: why is this system bringing up the worst, not only in our own country, but in far more developed and advanced nations of the world?

How come the scum instead of the cream is rising to the top?

We in Pakistan always lament that nobody here really understands democracy. Our elections bring back the same old faces again and again, despite corruption, despite inefficiency.

It is mindboggling that amongst the teeming millions, a person as mundane as Nawaz Sharif wins not once or twice but three times. Bilawal, whose anglicised Urdu speeches are an embarrassment for PPP stalwarts, rules his party because he is the heir.

Imran Khan, an honest man that so many voted for, did nothing except dash hopes pinned on him by people who wanted a new face in the quagmire of our political cesspool. His perpetual agitation and use of foul language has lowered his esteem amongst even his diehard fans.

It gets even more disgusting. Experienced and intelligent people in political parties are side-lined as those who have been hand-picked run the show. When Nawaz goes for treatment abroad, Maryam takes up the reins. The capable PPP leaders are brushed aside by Bilawal just because he carries the Bhutto name.

What kind of a democracy are we supporting?

When Tony Blair held up so-called evidence against Iraq and its weapons of mass destruction, he was an elected prime minister. The democracies of the world supported and encouraged the attack and destruction of a country. Many years and thousands of innocent dead bodies later, the same Tony Blair again appeared on world stage.

This time he apologised that he had given wrong information. Iraq never had weapons of mass destruction. He appeared solemn, he felt quite holy as he graciously accepted all blame.

Thank you very much, Sir. But can the dead be brought back to life? Can the torn country be made whole again? Thank you for sowing the seeds for Isis and fanning global terrorism.

A democratically elected Cameron brought about Brexit, much to the chagrin and dismay of numerous that were directly affected but totally helpless. So much for: by the people, of the people, for the people.

Hillary and Trump appear least concerned about global issues, climate change, terrorism, education, to name but a few. They appear very ordinary, very mundane, as they stoop so low. The world shudders to be at their mercy.

Next door we have Modi, elected on a tidal wave of hatred and unashamedly fanning the flames of violence and state terrorism.

What kind of image are these advanced and developed countries setting for other nations? All these democratic countries and elected rulers are blatantly damaging their own countries, the image and the fabric of their societies and causing global problems, all under the garb of democracy.

If this is what democracy is coughing up, the system certainly has feet of clay.

Democracy needs some overhauling. It needs to be taken to the cleaners. Either it is not being followed properly or it requires some drastic changes. This trend of individuals and nations hiding behind the garb of democracy for personal gains needs to be checked. Maybe they can learn a thing or two from China. Talk less, concentrate on your own self and build your own country.

The writer is the project coordinator of a Pak-German humanitarian organisation and a freelance journalist.