The shadow of the late Amjad Sabri, subject of many heartbreaking tributes since his untimely death this year, had been looming in the background of Coke Studio 9 since it became public knowledge that the qawwali legend had recorded a track with Rahat Fateh Ali Khan,

The shadow of the late Amjad Sabri, subject of many heartbreaking tributes since his untimely death this year, had been looming in the background of Coke Studio 9 since it became public knowledge that the qawwali legend had recorded a track with Rahat Fateh Ali Khan, which would be released posthumously.

Now that the show has ended and that track is here, there is no objective way of looking at it.

40 years after Ghulam Farid Sabri and Nusrat Fateh Ali Khan first performed this kalam by Ameer Khusro at a shrine, ‘Rang’ is performed by Amjad Sabri and Rahat Fateh Ali Khan in its all majestic glory and they take complete ownership of it. Though the song has been performed by Farid Ayaz and Hadiqa Kiyani on Coke Studio in previous years, this one, directed by one Shani Arshad, is made special mostly by the presence and remarkable ability of the two singers. The musicianship on display, like most Coke Studio tracks, is solid but the frenzied feel towards the end is a bit clamorous. Though Amjad Sabri is gone, the song is a reminder that his artistic genius and talent will live forever. 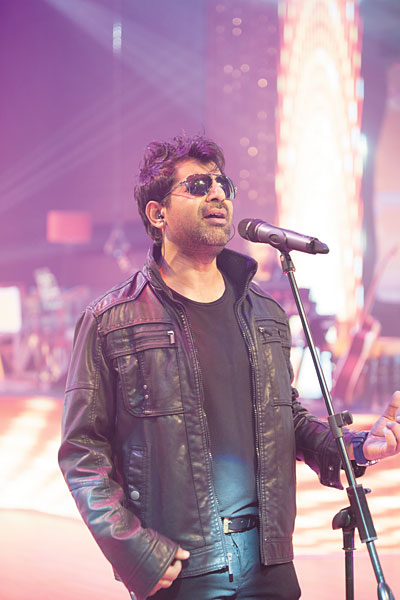 Making a second appearance on the finale episode with the track ‘Nimma Nimma’, Arshad pays ode to mothers everywhere with this part-nostalgic, part contemporary number that has lyrics penned by Sabir Zafar. It’s not as fiery as some of the other tracks on this episode, but it does have certain potential. For Shani Arshad, it’s been a mostly productive year so far. In addition to Coke Studio 9, he’s also worked on the soundtrack of Actor In Law with Atif Aslam as well as the now famous Telenor ‘Bhit Ja Bhittai’ track.

Having done a marvelous job as music directors this season, Noori brothers Ali Noor and Ali Hamza introduce us to a new song called ‘O Re’ in the finale episode and once again prove that they know their own strength better than most. The song is a part of Noori’s musical vault which contains several unreleased numbers. Ali Hamza has been tinkering around with this particular number for eight years but on Coke Studio 9, it sounds fresh, charming and most of all, distinguished from all others in terms of musical presentation. Infectious energy, sing-along vibes, gorgeous guitars make this one of the best songs of this season. It also makes you wonder just how many original songs Noori can muster up without losing their edge. 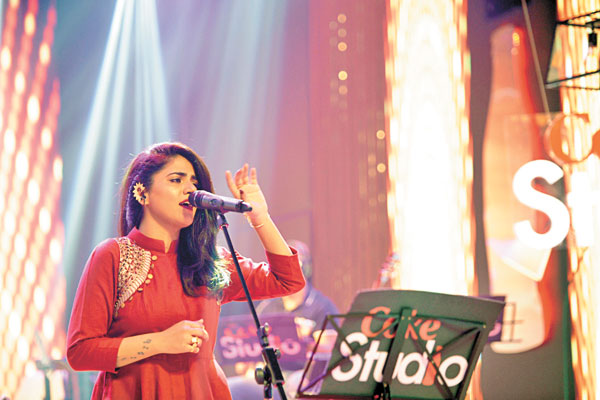 Aside from Noori, other artists who get full marks are Shiraz Uppal and Shuja Haider. Uppal’s ‘Tu Kuja Man Kuja’ is sung by the incomparable Rafaqat Ali Khan and has an illustrious history. The qawwali, made famous by the legendary Nusrat Fateh Ali Khan, under the Coke Studio treatment, takes your breath away instantly upon opening. It’s the second qawwali in the episode but one that has enough merit to stand on its own. Khan’s poignant vocals really set the mood here while Uppal, handling music direction duties, lets the sound change form and shows just why he is one of the most coveted artists working in the industry.

Shuja Haider and Qurutulain Balouch join forces on ‘Sab Jag Soye’ and conjure a textured musical landscape. Haider and Balouch complement each other while the song’s arrangement sounds crisp and meteoric. Its also a song that lets QB shine in a manner that easily eclipses other productions that have underused her rich vocals.

Finally, there is Faakhir Mehmood, who, while looking for lost glory, makes a less-than-memorable appearance on the finale episode with ‘Dil Kamla’. He is music director and co-singer (alongside Natasha Khan) but the whole thing sounds slightly dull and has no gravitas. There’s nothing surprising about this song, nothing that makes you want to revisit it, nothing that hasn’t been attempted by others.

In the end, the concluding episode of Coke Studio 9, poignant and promising in nature, served as a beautiful reminder that artists in Pakistan will continue to try, test, experiment and push boundaries every chance they get. The end.

Atif Aslam: On how to be or not to be