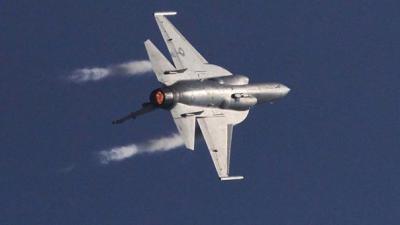 According to the Inter-Services Public Relations (ISPR), the air raids targeted terrorist hideouts in Dattakhel area of the tribal region, located close to the Afghan border.

The ISPR spokesperson confirmed that 13 terrorists were killed in the operation.

Wednesday’s airstrikes are the latest in Operation Zarb-e-Azb, the Pakistan military's all-out offensive against terrorists.

In protest against #CannoliOwners, Urdu poetry recital to be held in Islamabad