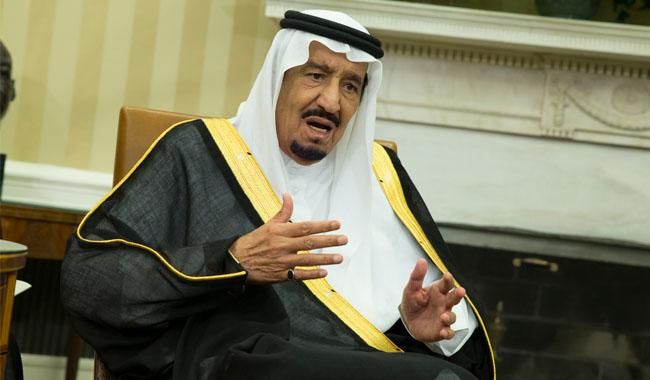 BERLIN: King Salman of Saudi Arabia has cancelled attendance at this week´s G20 summit in Hamburg, the German government said Monday, as Riyadh is engaged in a diplomatic standoff with Qatar.

"The government has received official notification that King Salman will not travel to the G20 summit," a spokesman told AFP.

The monarch was to have joined the meeting of major industrialised and emerging economies on Friday and Saturday.

Recent German media reports have said that the Saudi delegation had rented out Hamburg´s luxury Vier Jahreszeiten (Four Seasons) hotel in its entirety for the king and his delegation.

Saudi Arabia and its allies the United Arab Emirates, Bahrain and Egypt have engaged in a bitter row with Qatar, severing air, sea and ground links and cutting off vital routes for imports including food.

They accuse Doha of supporting Islamic extremism and of being too close to their regional rival Iran, which Qatar has strongly denied.

They are demanding that Doha end support for the Muslim Brotherhood, close broadcaster Al-Jazeera, downgrade diplomatic ties with Iran and shut down a Turkish military base in the emirate.

Qatar Monday handed its official response to the demands to the emir of Kuwait, which is acting as a mediator, a Gulf official told AFP.

It was delivered hours after the four nations had accepted a call by Kuwait´s Emir Sheikh Sabah al-Ahmad Al-Sabah to extend the 10-day deadline for another 48 hours.

German Foreign Minister Sigmar Gabriel on Monday travelled to the region, where he was to meet his Saudi counterpart Adel al-Jubeir and visit the UAE before heading to Qatar and Kuwait on Tuesday.

Another reported no-show at the Group of 20 meeting will be Brazilian President Michel Temer, who is under pressure at home in a bribery case.

In welcome news for poor nations, US backs waiver for coronavirus vaccine patents