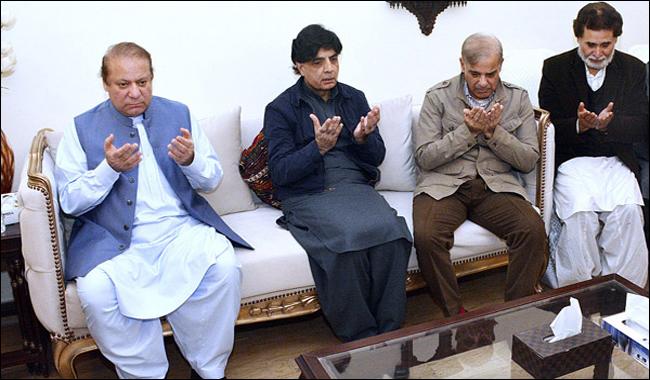 At least 13 persons lost their lives and 80 others were injured in a deadly suicide blast outside the Punjab Assembly on Monday evening. DIG City Traffic Police Capt (retd) Ahmad Mobin Zaidi and Acting DIG (Operations) Zahid Gondal were among the six police officials martyred in the attack.

The prime minister expressed condolences with the mother, sister and wife of Capt (retd) Ahmad Mobin. He also prayed to Allah Almighty to rest the departed soul in eternal peace.

Separately, the Army Chief arrived at the residence of martyred DIG and offered condolences with the bereaved family.